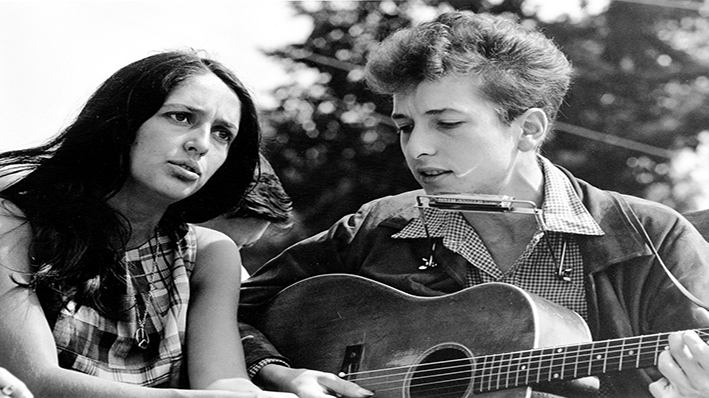 Students are, once again, a significant force.  Their strength and potential must be recognized.  Parallels can be drawn from more than half-a-century ago.

In the 1960s, from Paris to Prague, from Mexico City to Melbourne, from Woodstock to the Isle of Wight, young people all raised their voices in protest.  These post-World-War-II Baby Boomers, tired of the rigidness of their parents’ generation, were determined to change the world.  Seeking power and influence, students increasingly, staged protests for civil rights and equal rights.  They argued for people to make love not war.  In many ways they succeeded; in many they didn’t. Their non-violent revolution urged our nation to end its ongoing involvement in Viet Nam.  This was much easier said than done.

One inadvertent side effect: students successfully argued if a young man was old enough to give his life for his country, he should be old enough to vote. So, because of the war, the U.S. voting age was lowered to 18 from 21.

Young men grew their hair long, young women flashed their shapely legs from beneath provocative miniskirts as college campuses became open-air stages where individuals sang out about change.  Everywhere the air was filled with talk of Revolution. It could be heard in the words of Bob Dylan, the Beatles, even President John F. Kennedy in his stunning 1961 inaugural address:

“Let the word go forth from this time and place, to friend and foe alike, that the torch has been passed to a new generation of Americans… proud of our ancient heritage… and unwilling to witness or permit the slow undoing of those human rights to which this Nation has always been committed, and to which we are committed today at home and around the world.

“Let every nation know, whether it wishes us well or ill, that we shall pay any price, bear any burden, meet any hardship, support any friend, oppose any foe, in order to assure the survival and the success of liberty. 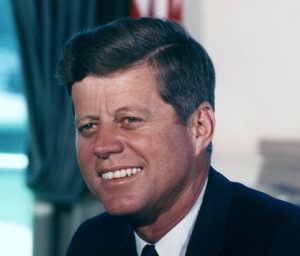 “This much we pledge and more.

Never have we so our needed our traditional post-war allies.  Never have we done so much to alienate them and drive them away.  The time to reach out has arrived once again as the torch is being passed to a yet another whole new generation of Americans who should proudly covet JFK’s words and his goals.  Once more it is time for a change, a time for a new peaceful revolution, a time “…to convert our good words into good deeds – in a new alliance for progress – to assist free men and free governments in casting off the chains of poverty.”

Gen Zers must work hard, be selfless and ready to make the right compromises in order to achieve their goals.

“…Let both sides explore what problems unite us instead of belaboring those problems which divide us.”

We need new leaders, with fresh ideas, to enable us to forge forward and to once more empower America to become a world leader in advancing the cause of humanity.  “…The trumpet summons us again… to bear the burden of a long twilight struggle, year in and year out, ‘rejoicing in hope, patient in tribulation’ – a struggle against the common enemies of man: tyranny, poverty, disease and war itself.

“Can we forge against these enemies a grand and global alliance, North and South, East and West, that can assure a more fruitful life for all   mankind?” asked Kennedy.  “Will you join in that historic effort?”

The 2018 congressional elections were a tremendous start in the right direction. “Our passions were for health care, bigger paychecks, cleaner government – a simple message,” exclaimed Nancy Pelosi.  Today, young people are demonstrating and speaking out as they did in the sixties.  Their voices join in trumpeting a renewed call to action.

In the past, legislation could never get through congress without bipartisan sponsorship and support.  Perhaps when our current political polarization breaks down, we will strive to be there again.  Imagine if all of us could also reach out to our neighbors, if we could share new ideas and reach a new understanding.

Together, we must not only work to keep both our economy and our society strong.  We must keep them equally diverse and pointed towards the horizon. There, ahead of us, we face an incredible new frontier: virtual, digital and very real.  Although different in substance, it is all too similar in both challenge and spirit to the “New Frontier” Kennedy proudly spoke of more than half a century ago.

We Shall Overcome Once Again

When history inevitably starts to repeat itself, we find ourselves at a familiar fork in the road, one we know has confronted us more than once before.