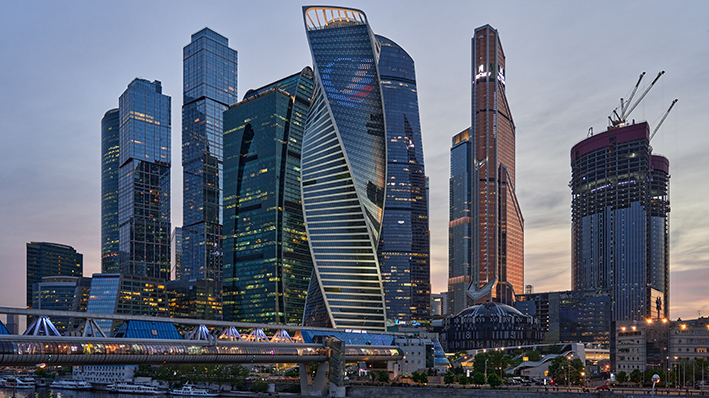 I never thought you could get culture shock from coming home. As a Russian studying abroad, I did not return for the duration of the pandemic, spending most of my time in France.

Upon my arrival the contrast could not have been clearer. The main difference: France still believes there is a pandemic.

Generalizations may well be the enemy, but I could not have imagined a more remiss approach to the ever-climbing number of Covid cases in the capital. As I write this on June 13th, the number of cases in Moscow has risen to 7,700 in the last 24 hours. This is a thousand more than the day before.

Although masks and gloves are mandated everywhere from public transport to cafes, only a select few truly follow the guidelines. With vaccinations seemingly stuck at a reported 9% nationwide and case numbers at their highest since last year, it’s time Muscovites changed their attitude.

When applying the Covid “protocol” that I have become well-accustomed to over the last year, I catch stares and comments. I have been called everything from overly cautious to psychotic for doing what in other countries has become the norm. I try to stay home, wear a mask at all times and avoid large gatherings.

But here, in Moscow, I am an outlier. It is perhaps a very depressing commentary on our situation that this has become a part of ‘culture’. Yet, a complete 180 in attitude a mere 3-hour flight away can only be described as a culture shock.

MOST LIVE IN DENIAL

Over the last few weeks, I’ve spoken with many Russians about the virus. Most of them seem to be living in denial, a reality in which past infection or a quick antibody test seems to render a mask useless and antibacterial gel a sign of paranoia.

Exasperated sighs and half-hearted attempts at mask-wearing when required by staff, sporting events, clubs and concerts full of spectators… Russia is living in an imaginary post-pandemic reality in the midst of a very real pandemic peak. People have seen themselves, friends and family be badly ill or die. Even this does not seem to be enough to pull them out of a manufactured reality.

The government is no better. They continue to perpetuate the image of the pandemic as something of an inconvenience rather than what it is – Russia’s pandemic response is a crisis and an international embarrassment.

The mayor of Moscow Sergey Sobyanin has announced a ‘non-working’ week in the city until the 19th of June. From the start of the pandemic, language like that has glossed over the severity in the situation. How can citizens take the pandemic seriously if it’s presented to them as a holiday?

Vaccination efforts also seem to be occurring too little too late. Lack of government promotion of the vaccine to its citizens from the beginning, high levels of vaccine hesitancy, and Russians’ approach to the pandemic all contribute to the frankly shameful 9% of fully vaccinated Russians.

The government has not been transparent enough about vaccine research and approval. This left many believing that the process was rushed, perhaps in an attempt to outrun the West’s vaccine development.

People want to wait until others get vaccinated to decide for themselves whether it is safe. This creates a painful and dangerous game of ‘chicken’. Everyone is waiting for someone else to go first while thousands die in the interim.

I cannot pinpoint the exact reasons for these failures. Perhaps the fact that it is not considered to be a failure is one of the reasons in itself – the virus is seen as something to live alongside instead of something to be eradicated.

ATTITUDE OF THE PEOPLE

The government’s poor leadership and light restrictions can certainly be considered an important driver. However, the attitude of Russian people cannot be ignored. Even when officials warn of rising numbers and more severe infections, people continue to live their lives as normal.

Nevertheless, new measures are slowly being introduced in the capital to curb the spread of the virus. From 11 PM all restaurants, cafes and bars are going to be closed until 6 AM except for takeout. Food courts in shopping centers are shut completely, though only for a week. Parks and playgrounds are closed, only allowing passersby on walks.

Moscow’s mayor has also recommended as many staff as possible who have yet to receive the vaccine to work from home, at least 30% of an establishment’s workforce. However, without real effort from the population this will not be enough.

It is frustrating and heartbreaking to see this unfold in a city I love and am proud to call my home. It is perhaps even more heartbreaking to see huge crowds, one single mask in a full metro carriage, packed restaurants and life as normal, knowing the very grim consequences. I hope, perhaps naively, that recent developments will serve as a wake-up call.

TIME TO GET SERIOUS

I hope, more than anything, that we can minimize the number of infections and deaths before it is, once again, too late.

A look at the walking amnesia of Muscovites regarding vaccines and the dangers of Covid.