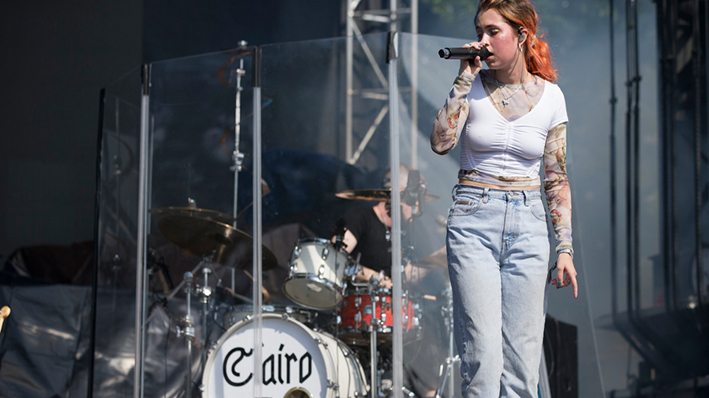 Three years ago, I watched the stage of the El Rey Theater light up as seven-hundred other teenage girls waited for one of lo-fi sensation Clairo’s first official concerts. The lights were low, her voice soft, and her lyrics mingled into a melancholic angst destined for the masses.

When I begrudgingly handed over my sixty dollars to see Clairo again, in March of next  year, she was now playing a sold-out 2,800-person venue. I longed for the days I could spend twenty dollars to see indie artists that are now Grammy-nominated. The indie genre’s cousin, bedroom pop, lies on the periphery of pop, alternative, and lo-fi.

The name arose from the minimal production quality of the songs, as if they could, and often have been, produced in a bedroom. The fledgling genre traces its roots to the early 2010s with young artists who did not fit into the constraints of the pop genre. These low production tracks resonated with the predicaments of adolescence: heartbreak, exhaust, and existentialism.

Young listeners’ anxieties were now reflected on stage, as these artists were voicing what were previously dismissed as melodramatic teenage worries.

PLIGHT OF THE ARTIST

To listen to bedroom pop is to be enveloped in an intimate conversation with another “misunderstood” young adult. The simplicity of the lyrics and production travel from their bedroom to yours, seemingly with no intermediaries. While these melancholic anthems appeal to the in-betweenness of adolescence, bedroom pop also furthers on these adolescent stereotypes.

Successful bedroom pop artists’ recipe to appealing to the mass of adolescents experiencing their first heartbreak is to mirror is equal parts self-loathing and “Gen Z anxiety.” The idea of the anti-social and brooding teenager are reoccurring themes. Bedroom pop’s certification as the genre for adolescents is not doing much to nuance those stereotypes.

The emergence of bedroom pop owes itself to the medium of the Internet, namely streaming services such as Soundcloud and YouTube. The viral nature of the Internet began to shift the power dynamic from the record labels into the hands of upcoming artists. This makes bedroom pop particularly appealing to young artists who do not have the resources or notoriety for a conversation with a record label.

The marketing of a bedroom pop artist is simply that they have none, their often-unknown backgrounds allow their tracks to speak for themselves. These artists utilize the most eﬃcient marketing strategy of all, the shareable feature of modern streaming services.

“Indie” originated to mean “not belonging or aﬃliated to a major record company” within the context of the music industry, but ever since the late 2000, “indie” has taken on a new meaning. It never used to refer to a particular style of music, yet Spotify and Apple Music now dub “indie” as a genre. Established indie artists such as Still Woozy and Rex Orange County are signed to Interscope Records and industry giant Sony Music Entertainment’s RCA Records.

The image of a bedroom pop artist becomes fragile in terms of its relation to mainstream music. Simply put, music can lose its personal and intimate quality when it is no longer a secret. The image many indie artists have crafted, that of being misunderstood, seems incoherent with mainstream fame.

It is any artist’s dream to sell out arenas. Yet within the context of being an indie artist, this integration into the mainstream may threaten your authenticity as a bedroom pop artist.

When an artist signs to a record label, they benefit from the refined production technologies and marketing teams at their disposal. This dichotomy between the benefits of mainstream recognition and the underground brand of these artists puts bedroom pop artists in an interesting position.

The question of whether to reach a larger audience at the expense of this crafted idea of “authenticity” and notions of the “underground” can truly shift an artist’s brand. I question the validity of the label “indie” and the evolution of bedroom pop in years to come.

Nevertheless, I had a hard time imagining many other artists crowd-surfing on an inflatable yellow duck when I saw Still Woozy live. We have yet to see if the homespun teenage heartbreak anthems of bedroom pop stand the test of time.

A subjective look at Bedroom Pop as a contemporary genre of music.