The 2020 elections clearly hold much at stake. Nearly four years of Trump’s Presidency have held symbolic weight in rejecting the values we as a nation seemingly stand by. But much of this administration’s promises of setting forth a certain political agenda has been rollback of the Obama-legacy rather than actual policy craftsmanship.

Withdrawing from the Paris climate accord, virtually undoing the Affordable Care Act, removing the arctic oil drilling ban, net neutrality repeal… this President has undoubtedly demonstrated a potential for dangerous real-world consequences. The nation is well aware of this danger— hence we ask: Who will be the Democrat’s candidate?  And who will win the U.S. Presidential election this November?

WHAT ARE THE KEY ISSUES FOR YOU?

“Climate change, healthcare, and combating the negative effects of globalization in America.” Jasmine Ashley-Dy (Vancouver, BC)

“I think climate change should be the top on everyone’s list. After that the refugee crisis because it is truly disgusting that developed nations turn their heads to the abysmal living conditions and psychological trauma that their policies created.” Lilliana Zar (Los Angeles, California)

“Reforms to Medicare have been overdue for a long time. The current system is too limited and clearly not working for the people that need it. I also believe that a reform like that could pave the way for more policies that focus on expanding the social safety net.” Pooja Patel (Chicago, Illinois)

A CANDIDATE’S PROFILE OR HIS POLICIES?

“More and more, politics has become about personalization – all of those factors contribute to a person’s perception, resonation, and charisma.” Jasmine Ashley-Dy (Vancouver, BC)

“I would say propensity to compromise is very important. These days what little gets done in Washington is done through compromise. And if you have a President who has strong, admirable ideals but is so obstinate he doesn’t help many people in his time in office, what’s the point? … I think Sanders isn’t all that much less pragmatic than Biden, the difference is more rhetorical as far as I can tell.” Jack Knizhnik (Vernon Hills, Illinois) 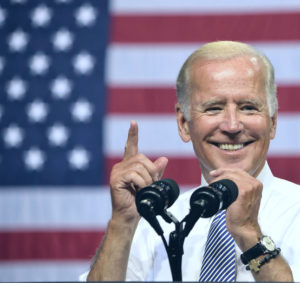 “I think that a consistent track record and a lack of buy-ability by lobbyists is extremely important. If a scandal crosses any of these fields then it should hold weight. Charisma may be important from a foreign policy perspective, but it must also be backed by well thought out plans.” Lilliana Zar (Los Angeles, California)

“For me, scandal or past actions hold the same amount of weight as policies.” Grace Koplin (Los Angeles, California)

“If you count past scandals, then that would be the only confounding variable I consider coming close to policy. Record and consistency are important to me.” Pooja Patel (Chicago, Illinois)

HOW SHOULD FUTURE DEBATES BE CONDUCTED?

“This is a lame answer, but honestly all the personal attack shit really has me peeved…” Jasmine Ashley-Dy (Vancouver, BC)

“I don’t really like the debates as they’re not much more than an excuse for the candidates to yell at each other, and personal temperament isn’t all that important.” Jack Knizhnik (Vernon Hills, Illinois)

“I wish there was more time spent on the issues of people of color and how these problems are present in policy and originate from history.” Lilliana Zar (Los Angeles, California)

“Environment and global warming… and healthcare in this country is a huge one and deserves a lot of attention.” Grace Koplin (Los Angeles, California)

WOULD EITHER CANDIDATE’S NOMINATION DETER YOU FROM VOTING THIS YEAR?

“No. I will vote Blue, but I am privileged enough to not be touched by the policies of moderate democrats. For some in this country, “radical” versus moderate democrat policy is the difference between life and death (ex. Medicare for all vs some, structural change in immigration vs small reform).” Lilliana Zar (Los Angeles, California)

“I have serious problems with the policies Biden supports as well as his records.  He’s definitely not what the Democrats need right now.” Pooja Patel (Chicago, Illinois)

“This election: yes – 100%. For one, there’s more of us; two, we’re more politically engaged than ever thanks to the internet and such; three, youth have never been able to mobilize to this great of a degree as they are now…really exciting times!” Jasmine Ashley-Dy (Vancouver, BC)

“I hope so, but I really don’t feel informed enough to say for sure.” Jack Knizhnik (Vernon Hills, Illinois)

“Yes. Young people are everywhere! But only if we turn out to vote.” Lilliana Zar (Los Angeles, California)

“I really hope that youth voters will come to the polls and make a difference.” Grace Koplin (Los Angeles, California)

“Gen Z has developed a rather high capacity for staying engaged politically given all of the problems that are facing the world right now. Youth voters are only growing in importance as a key demographic as time goes on.” Pooja Patel (Chicago, Illinois)

FOREIGN-POLICY PRIORITIES FOR THE NEXT ADMINISTRATION?

“I think we as a nation could develop a stronger rapport with Mexico. It would be nice if we could encourage investments (not aid shipments, not IMF loans, actual investments) in businesses in growing sub-Saharan African countries like Nigeria, Ghana, Kenya, etc. We need to what China is doing—treating African countries them as equals who want to do business with us. If China’s economic growth slows down over the next few years, like people are saying might happen, now’s our chance.” Jack Knizhnik (Vernon Hills, Illinois) 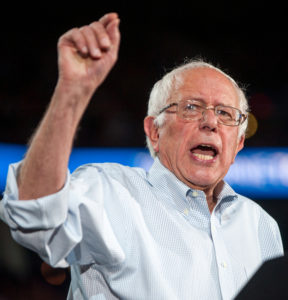 “The Israel-Palestine conflict holds way too much weight in this country, specifically the pro-Israel faction. We are supporting and selling arms to an illegal occupation and upholding war crimes. Also, the sanctions on Iran must be lifted because the people are suffering, not the government.” Lilliana Zar (Los Angeles, California)

“Re-entering the multiple treaties and alliances that Trump pulled us from. Avoiding a scary relationship with North Korea and strengthening a lot of now weakened international relationships.” Grace Koplin (Los Angeles, California)

“Gen Z has developed a rather high capacity for staying engaged politically given all of the problems facing the world today. Youthful voters are only growing in importance in terms of being a key future voting demographic.” Pooja Patel (Chicago, Illinois)

WHO WILL BE THE DEMOCRATIC NOMINEE?

Do we ensure our role as citizens by acting for a collective interest as priority to those beliefs we hold. What ideally needs change in this nation?

“Our goal has always been to help unify Americans to help defeat  Donald Trump and to win the era for our values. And so, we must recognize that at this point in the race the best way to keep faith with those goals and ideals is to step aside and help bring our party and our country together.” Pete Buttigieg, March 1, 2020.

Electability is clearly a huge focus for many voters, but as shown by these responses, many equally feel it is not the sole issue at hand. There are issues this country has long struggled dealing with prior to Trump – many that need to be urgently addressed.

For the moment, the question of who holds the greatest likelihood of beating Trump remains a topic of debate. We all take ourselves to be experts on the topic, repeating the statistics we hear via three-second news briefings or simple headlines as if they were unarguably gospel.

A look at the 2020 Democratic race down the stretch.