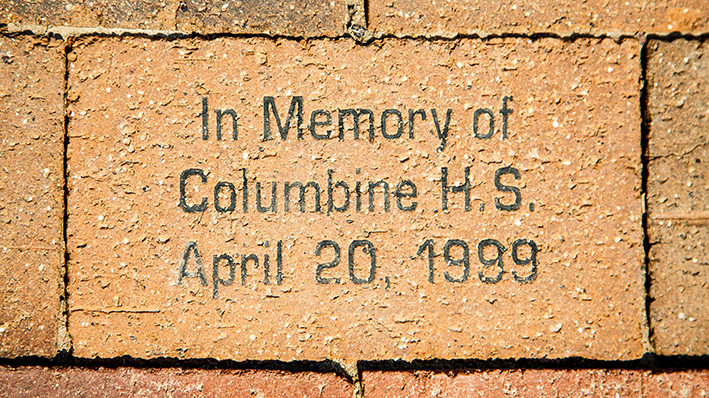 Twenty years, four months, and twenty-five days ago, a tragedy occurred. Our country watched in horror, as fifteen people died and twenty-four wounded others were hospitalized. The atrocity would eventually run its course, but for about four hours, everyone’s life was in shambles.  Dave Cullen, the author of Columbine, a reporter on the scene, dedicated almost ten years of his life to writing this work and deciphering the puzzle that was the chaos of April 19, 1999. Throughout the book, whether for effect or not, the atmosphere surrounding the author changes drastically. He starts out the story with a symbolic and emotional anecdote before pulling back suddenly and feeding us colder, more distanced facts.

The very opening of the book is a colorful retelling of the ambience surrounding the high school the weekend before the massacre. The author starts the book with, “He told them he loved them” (3), before going into an in-depth narrative of the Friday before prom, the last Friday Eric Harris and Dylan Klebold would live through, before taking their own lives four days later. Cullen sets up a warm environment, one that envelops the teenagers in kindness, understanding and respect.

The language used, in the first thirty pages, is packed with adjectives that reflect the way the student body, parents and faculty felt. He tells us their stories and reflects on their lives and emotions before ever mentioning the hardship that was to come. He gives the victims a voice and a life to make up for the stories that were to come that were taken away from them too quickly. Soon, however, his attitude changes. His voice and storytelling starts to turn cold, and his language becomes increasingly frigid.

In the next one-hundred pages, the author tells us the strategic and horrific plans the two boys had come up with. They had created three “Acts”. “Act I featured two bombs, using propane tanks […] strung with nails and BBs for shrapnel […] wipe out most of the lunch crowd […] Act II; firing time […] Act III. forty-five minutes after the initial blast, when the cops declared it was over, paramedics started loading amputees into ambulances, and reporters broadcast the horror to a riveted nation, Eric’s Honda and Dylan’s BMW would rip right through the camera crew and the first responders.” (p.33-34) 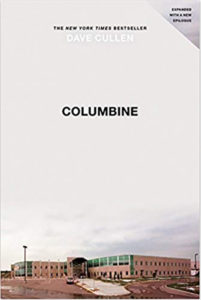 Based on the quote used here, it might be expected to hear some animosity in the author’s voice when he described in frightening detail how Eric and Dylan had originally planned to kill hundreds more than they had.  In this passage however, the author stays fairly objective while also trying to convey the boys’ excitement through various uses of words like “rip”, which hold a very juvenile undertone while simultaneously staying neutral. He’s become colder, but he’s not yet become frozen.

It’s only within the next seventy pages where Cullen stops emoting almost completely.  He stops including words like “we” or “our nation” and instead singled out Jefferson County. At the beginning of chapter 30, Cullen states, “Jeffco had a problem. […] that could be a PR disaster” (p.165)

Here, he clearly stops treating this as a tragedy of the nation, but a tragedy for Jefferson County. Not only that, but now the tragedy has morphed into a PR nightmare. He stops talking about the murders and starts creating the atmosphere surrounding the media. This tactic, however, is respectable and two-toned.  First, he’s placing us at the scene or in the mindset of Jefferson County officials and their Police Department – even if it isn’t what we want to hear or where we want to be. This could encapsulate perfectly the way those officials and officers were feeling at the moment. Second, he could be taking from the boys what they wanted.

Maybe they wanted a book written about them, or a movie made about their life, but either way, what they really wanted was attention. This book might seem like it gives two mass murderers too much light of day, but in reality, the book is about the victims. Cullen becomes so desperate to avoid telling the story of the boys that he brings in how miserable the media and the county officials were. However insensitive he might seem his anger shows through in the pages of the book.

His opinion of the boys becomes clear as he unfolds the mess that was the lives of the survivors after the savage shooting that was Columbine.

Regardless of how Cullen’s approach and tone evolved throughout the book, his prowess shines through. He was able to take an incomprehensible disaster of a puzzle and put it together in a clear and coherent train of thought.

The catastrophe that left Rachel, Danny, Dave, Cassie, Steven, Corey, Kelly, Matthew, Daniel, Isaiah, John, Lauren, and Kyle lying on the ground, also left their families with one less part of their soul. Patrick Ireland was left with a bullet deep in his brain for the rest of his life and every single person who was there that day had a little piece of them taken away, left to rot in a deeper corner of their mind where it will stay forever.  Eric Harris and Dylan Klebold have had their names spoken. They have received the fame they dreamed of.  But, in the name of every single person who died in an event anything like this, the next time such a tragedy occurs, let us remember to never speak their names or that of any other perpetrator.

A review of a book reflecting on the tragedy of Columbine.