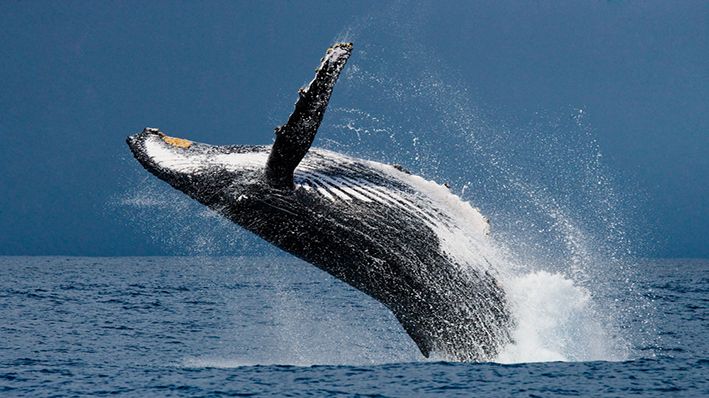 The Endangered Species Act not only protects flora and fauna but helps nurture those threatened species until they miraculously recover their collective strength.  The current administration has begun to strip away the cherished protection for so many incredible forms of bio-diversity.  They want to tear it apart.

In forty years, from 1973 to 2013, however, the Act had an unbelievable success record.  It helped prevent the extinction of 99% of the species it sought to protect.  But now the government is again blindly attempting to strip away even more in favor of blatant commercial development of so many natural habitats.

Just a few of the Act’s many remarkable success stories are: the Aleutian Canada Goose, American Crocodile, Whooping Crane, Gray Wolf and the Short Nose Sturgeon.  On top of the list has to be the symbol of America – the Bald Eagle.  Others stars include the Humpback Whale, Piping Plover and Peregrine Falcon.

Yet today several of these including the Bald Eagle, Whooping Crane and Humpback Whale face once more face precarious chances for their continued survival.  Remember, they owe their very ongoing existence to the protection afforded through the Act.

We do live in a wonderland, a garden of Eden revisited.  Let’s not lose it.  Look at the birds, bees, butterflies and all the fertile green foliage that surrounds us. Look at the quilted blackberries, the phosphorescent fish, head-bobbing squirrels with their emphatic question-mark tails as they hesitate a scant second, scanning left and then right before scampering on.  We just have to step outside, glance at the leaves on the trees, at the rippling sea, at acres and acres of sky.  If we wander a short distance, we can behold an even larger, more magnificent display of natural splendor.

Mother nature can rightfully claim her bragging rights.  She possesses far more diversity than mankind.   Just follow how the eco-chain evolved over millions of years.  See how an encyclopedia of species gradually and steadily evolved.  An incredible balancing act has been maintained and still exists today.  Relationships are not just as hunter and prey but a uniquely symbiotic one.  Watch the birds and bees work incessantly to pollinate flowers.  Appreciate how they burst into a brilliant colorful bloom.

The immense variety of species here on earth, no matter how diverse, is far from endless.  For many to survive, people too need to be more symbiotic with nature.  Less reckless or parasitic.  We have a moral obligation to protect as much of life on our planet as we possibly can.  With a little effort, we can act responsibly.  Why risk letting any disappear when there’s absolutely no need to tip the balance.

A recent United Nations report states, in the next few years, we conceivably might lose a million animal and plant species due to climate change.  If ten percent of this threat came to pass, it would be a global tragedy.  An unmitigated disaster.

Each of us can contribute in our own humble way to their survival.  We must.  We must reach out, help and show our support.

An editorial view of the existing threat to the Endangered Species Act.