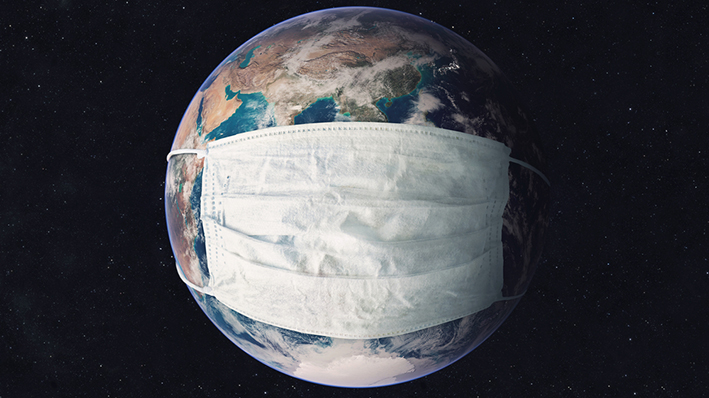 At the beginning of the pandemic, the shift in human activity was dramatic. Cars were off the road, people stayed home, and the world was quiet.

One thing I remember was reading on the news was that wildlife had returned to the Venice canals in Italy. There was a video circulating online of fish in what was once incredibly polluted body of water. It was a borderline miracle. All over the news, there was shock and awe over the virtually instantaneous shift in our water and air quality. And although this was true on the surface, it was misleading.

It gave a lot of people hope. When the water started looking bluer on the California coastline, I thought climate change was finally slowing. With Greta Thunberg making waves and affecting change at an international level, people started caring. It seemed like a turning point.

And although these immediate changes were incredible, not only were they short-lived they were virtually insignificant in the fight against global warming.

On top of the fact that a temporary pause cannot possibly undo the damage that has been done over the course of the past century, scientists have predicted once life returns to normalcy, we might observe an increase in pollution.

In the 2008 financial crash, emissions fell at first but then rose even higher than they had previously.  Experts expect a similar result at the end of the pandemic if steps aren’t taken to prevent this.

Moreover, due to the economic strain caused by the pandemic, drilling and mining corporations have been able to secure tax breaks, as well as receive aid from public funds designed to help with the financial consequences of the virus.

Other pandemic related issues have surfaced as well, such as an increase in single-use plastics and the accumulation of discarded single-use surgical masks.  Evidently, COVID-19 has had a varied impact upon the environment.

The primary issue is that threat is long term. Humans took a few weeks off destroying this planet, but it didn’t make up for the continuous abuse of our resources. Climate change is not solvable overnight. This means that without the permanent switch to renewable, green energy, as well as immediate regulations for factories and corporations, it will be impossible to truly stop the crisis. Ultimately, the immediate effect of the pandemic showed a sliver of what is possible if we take legislative steps.

All in all, the most significant positive environmental impact of COVID-19 was the awareness that it brought to the urgency of the issue. People realized how beautiful Earth could be and how much we had harmed it when they saw it beginning to heal. Even social media had an effect. Awareness posts were all over Instagram, and TikTok creators begin more and more to use the platform to rally their viewers.

This kind of thing feels unprecedented in my lifetime. Alongside the black lives matter civil rights movement this year, climate change has taken the stage in what this generation’s priorities are. Hopefully, that is represented in politics as we enter 2021 and face a fast-ticking clock.

The frenzy to take action definitely played a significant role in the election this year. During the primaries, Democrats seemed scattered and unfocused, there was no clear candidate. But as Joe Biden won the primary and the general approached, the DNC seem to refocus, especially due to the civil rights movement that began in the summer.

Biden’s campaign was aware of the impact that Gen Z had on voter turnout, registration, and support. The issues Gen Z cares about are fundamentally social. We also have taken a particular interest in action against climate change, although this isn’t really by choice. Data shows that predominantly young voters are more concerned with the long-term impacts of climate change.

The politics of 2021 will continue to revolve around this issue. This is largely due to the combined efforts of activists and certain political leaders, combined with a determination to take concrete steps to secure a safe and healthy planet for future generations. I don’t think climate change would have been as discussed or addressed without the pandemic. These stakes are extremely high.

If we capitalize upon this moment of awareness and activism, there is an opportunity to fundamentally change environmental policy. However, if we don’t seize this unique chance, it’s likely that emissions will be even more elevated and that the effects of global warming will become more and more irreversible. The physical change that began at the beginning of the year was in stark contrast to the smoggy world we had become used to, and even as we return to that world, there is a newfound sense of protectiveness for the environment.

Examining the impact of the pandemic on the environment.