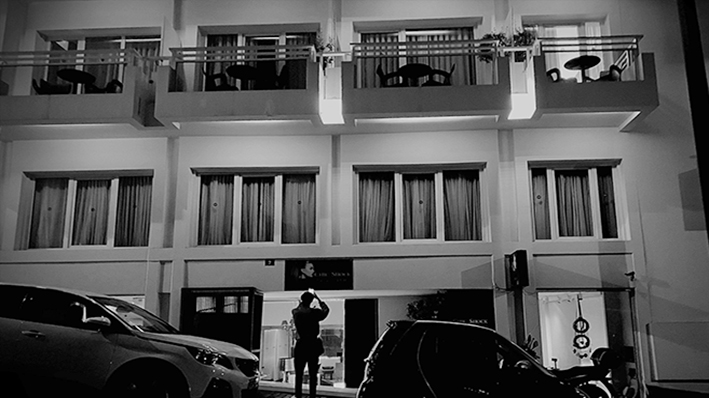 In A Woman under the Influence, Gena Rowlands plays stay-at-home mother Mabel in beautiful American Suburbia, who’s main function is to be, it appears, lonely.

There’s not one pack of cigarettes left alive as she waits nervously in the kitchen for her husband to come home, certainly no ashtray left untouched when he phones her to say he can’t come tonight:

“Baby I’m gonna make this up to you, I’m not gonna work tomorrow. I’m gonna take the day off tomorrow and we’re gonna be together tomorrow. All day. All right, sweetheart?”

ON A SILVER PLATTER

The camera follows Mabel in a five act, Greek tragedy style, journey into her hysteria – mind you, she is not gradually becoming hysteric. She just is. Always has been. After all, she’s a woman.

Trapped in her two-bedroom-one-sofa-bed house, Mabel only goes out for three things: to cheat on her husband on the night he doesn’t show up with a stranger he met at a bar, to pick up her three adorable kids from the school bus stop, and finally, to go and come back from the madhouse.

Mabel is like a fish in a badly watered aquarium. Here, in this open-air cinema of Athens where the 1974 movie is projected, she lives a triple imprisonment – into her own madness, within the walls of her house, and within the rectangle screen that fulminates of colors on a Sunday night in Athens.

The contrast between Mabel and the audience is ridiculous – because you have to know that open-air cinemas are a heaven for the impolite. There’s smoke coming out of every row and ashtrays on the floor, and beers being opened at any moment, and couples making out in the back, and no children around, and Mabel must be so, so jealous.

Open-air cinemas are inherent to the Athens experience. In the 1970’s, there were more than five hundred cinemas throughout the city before television became part of the Greek household.  Today, there’s about 60, open between May and October.

Open-air cinemas are the Athenian way of celebrating summer, of the taking back the urban space, and the night life, in other words, freedom.

But freedom is not always easy to maneuver. As the credits roll and the audience slowly stands up, I take my time to watch the screen. There’s nothing to see, but I can feel Mabel’s eyes on me.

In this new city I’ve been given freedom on a silver platter, but Mabel knows, she knows I don’t know if I should eat it with a fork, a spoon, or with my bare hands, and Mabel taunts me.

As I walk out the exit door and up the street, there’s this girl walking at a determined pace in front of me, flipping her hair back as she pulls on her cigarette, her purple dress shining into the night.

On the corner of the upper square, on Erasou Street, there’s a man wearing a Doors T-Shirt. He’s selling books.  It’s been night for some time.  The titles of the books look like street signs for the desperate: Beyond Good and Evil, On Liberty, Ethics.

The man screams out the prices of philosophy: 5 euros, 5 euros a Spinoza!  He’s definitely not Mabel.

As the bright colors of delivery motorcycles and lighters flash out into the street, I notice a reflection.  A mirror, there, attached to the pillar of an abandoned Video Game shop. I walk towards it, and its surface covered with cracks at first makes me flinch –

I thought I had seen her, her blond hair mirroring mine, her red lips and angel face. I look at her, and she looks so calm and collected, with that motherly smile and compassionate eyes.

I wonder.  I wonder.  Will I one day become her? Was she one day me? and… The honking of a garbage trucks stops me right there. I realize my hand is on broken glass as I look up to find Mabel.

But it’s only me.

I turn around, and there it is, Athens.  Athens, in its entirety, is here for the taking.

On my nape, I feel the print of her smile. And she’s so happy, so happy I’m not her.

Athens in its entirety.  Here, for the taking.  And I dare take it on.

A look at A Woman Under the Influence as a means of reuniting with ones Greek heritage.