After five months of ongoing street protests, Hong Kong police claim Hong Kong’s rule of law has been pushed to the “brink of total collapse”.  The momentum, however, has shifted.

Hong Kong’s pro-democracy movement has made major gains in the Chinese territory’s district council elections, taking 201 of the first 241 seats declared according to the South China Morning Post.  Pro-Beijing candidates took just 28. The election was billed as a test of support for embattled Chief Executive Carrie Lam. Nobody imagined such a comprehensive wipeout, and Lam’s administration will no doubt come under renewed pressure to listen to the opposition demands. So, a pro-democracy district win could translate eventually into a bigger share and potentially into who becomes the city’s next leader.

To complicate matters, both houses of the U.S. congress just passed a bill supporting pro-democracy activists, potentially complicating the administration’s talks with China to end the trade war. The bill would require the government to impose sanctions on Chinese officials responsible for human rights abuses in the territory as well as  require the State Department to annually review the special autonomous status it grants Hong Kong in trade considerations. That status is separate from the relationship with mainland China, and a revocation of the status would mean less favorable trade conditions between the United States and Hong Kong.

START OF IT ALL

The Pro-Democracy Movement started in April this year when an extradition bill was introduced in the city of Hong Kong, which would have allowed for criminal suspects to be extradited to mainland China under certain circumstances.

The leader Carrie Lam, the HK chief executive, argued that the bill was needed to guarantee justice as in case of a man who was accused of killing his girlfriend in Taiwan, then evaded prosecution by fleeing to Hong Kong. However, this bill was obviously met with great opposition.

Critics said this bill risked being able to target dissidents in Hong Kong with phony charges, exposing activists to China’s opaque legal system where courts are controlled by communist party.

In response, in June, hundreds of thousands took to the streets for what started off as peaceful protests but have yet led to erupted violence, hence the infiltration within Western news of images of police using pepper spray, batons and tear gas to brutally disperse protesters.

As a result, on July 9th, leader Carrie Lam said the bill would be suspended indefinitely. People, however, feared it could be revived so demonstrators continued calling for the bill to be withdrawn completely. This demand also was subsequently met.

So why have protests since escalated?

Hong Kong was a British colony for 150 years since 1842.  Later, China leased the rest of Hong Kong – the New Territories— to Great Britain for 99 years. Once the lease was up, the two sides reached a deal in 1984 that would see Hong Kong return to China in 1997, under the principle of “one country, two systems”.

Hong Kong has its own laws, system of government and police force under a mini constitution known as the Basic Law. This allows for many liberties denied to citizens on mainland, including free speech, unrestricted internet access and right to free assembly.

The terms of the Sino-British Declaration including the Basic Law last until 2047. Afterwards, the status of Hong Kong remains up in the air. Beijing can veto changes to the political system.

Pro-democracy forces have been frustrated by what they see as the slow pace of political reform. 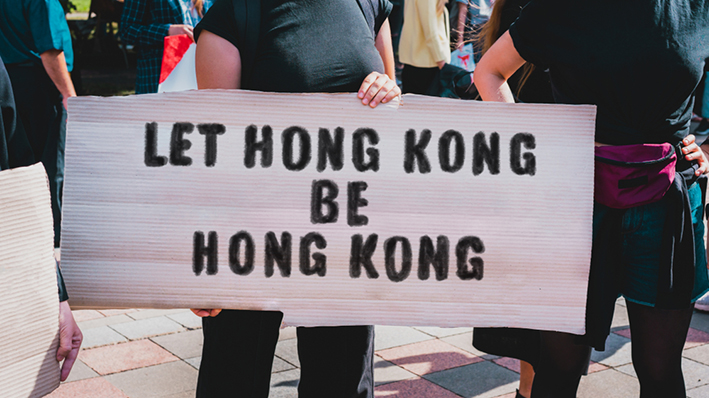 Fueled by anger towards the police, as well as a slow erosion of civil liberties, these demonstrations have morphed into a more complicated movement about protecting freedoms, democracy and Hong Kong’s autonomy with a slogan of “five demands, not one less”:

1) For the protests not to be characterized as a “riot”

5) Withdrawal of the bill (already been met)

Some also wanted resignation of Carrie Lam, whom they view of Beijing’s puppet.

The most controversial and radical –therefor the most pertinent of the five demands– is the one calling for free, direct elections of Hong Kong’s chief executive and all members of the territory’s legislature.

The Hong Kong Legislative Council is a representative system, with 70 members determined by 35 Functional Constituencies (5 of these are voted by 15 or more of their peers for Super Seats) and 35 members directly elected by geographical constituencies.  Legislators from the functional constituencies are chosen to act behalf of various profession and trades. These representatives are elected mostly by small groups of elites.

The handover agreement was to ensure Hong Kong a fuller democracy— hence Hong Kongers’ anger: they believe they were promised something resembling far closer to universal suffrage than the current reality. Protesters argue that the invisible hand from China is becoming increasingly visible.

How the turmoil is resolved matters to more than just the people of Hong Kong. For the Chinese government, Hong Kong protesters are defying authority of communist leadership that cannot tolerate defiance. The government can very well fear an infectious effect of these protests throughout other parts of mainland China. But the other side argues Hong Kong is no longer the vital financial and commercial hub it once was, today representing only 3% of the country’s GDP.

Nowadays, Hong Kong is seen by Beijing as less of an asset, more a liability. However, this argument doesn’t negate the idea that these demonstrations pose an existential threat to China.

In 1989, 30 years ago, China was just evolving as a modern nation.  Yet it sent in the tanks to brutally put down the Tiananmen Square protests.  Today, that option does not exist.  China, as a global superpower, has too much at stake.  Too many factors to consider.  It can’t risk provoking retaliation in its ongoing trade war with the U.S.   It can’t risk a costly setback in its Belt and Road Initiative that President Xi calls “the project of the century” that involves 157 nations in the construction of roads, high-speed rail, power plants and more. 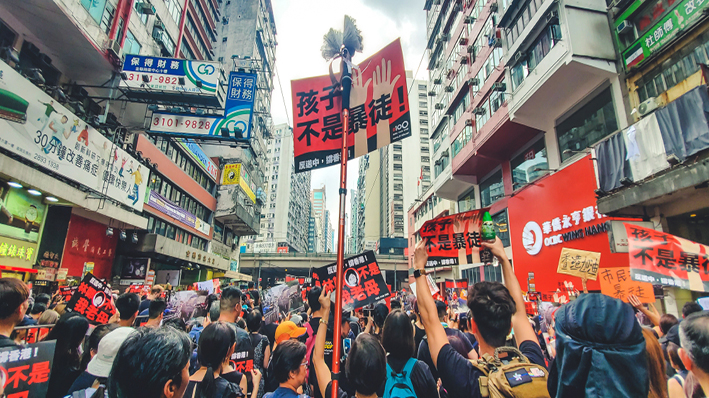 For now, China has tried to turn public opinion against the protesters as state media has depicted them as violent and radical separatists.  They’ve equally argued that the protests have been orchestrated by the West.

China’s communist rulers must choose between collapse of economic stability and diminished prosperity –if they’re to militarily intervene amidst a time of trade tension between them and the US– or accept the fact that protests can limit the party’s absolute power.

An examination of the Hong Kong protests now raging for five months.