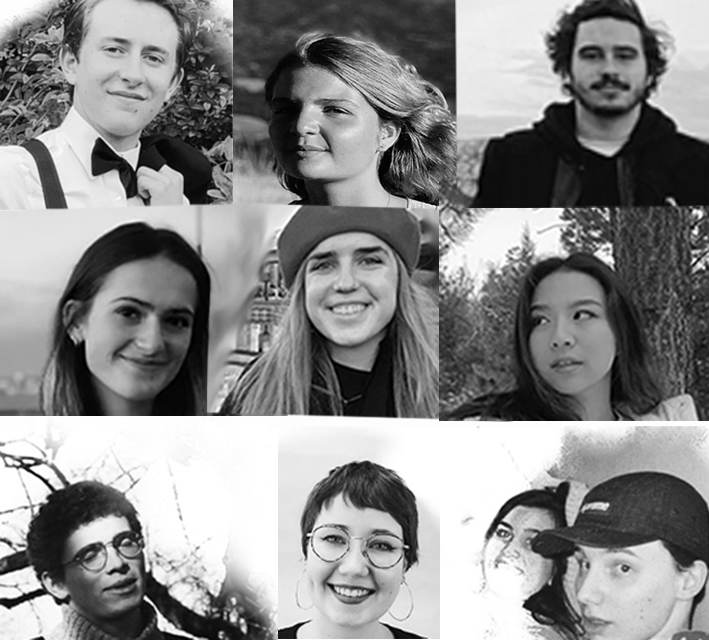 age: 20yo
city: San Diego, California
favorite reads: The Book Thief (Markuz Zusac), First Frost (Sarah Addison Allen), New Hopes for a Changing World(Bertrand Russel), Democracy and the Long Road to Freedom (Condoleezza Rice)
favorite artists: Alicia Keys, John Lennon, George Harrison, Stevie Nicks, Madonna, Snow Aalegra, ABBA, Elvis Costello, Beethoven
morning or night (+why): Night because it’s when I feel as though I don’t need to be on the move, and I can entirely focus on my own thoughts and responsibilities. In other words, it’s when I’m really productive
1-way ticket to _ : every country in the world
guilty pleasure: chocolate (not that guilty though)
articles: click here

age: 20yo
city: Vancouver, B.C.
favorite reads: Runaway (Alice Munro), Politics and the English Language (George Orwell), Women Who Run with the Wolves (Dr. Clarissa Estés), Normal People (Sally Rooney), Living, Loving and Learning (Dr. Leo Buscaglia), What We Talk About When We Talk About Love (Raymond Carver)
favorite grub: grilled cheese and soup… hands down
morning or night (+why): morning (because that first cup of coffee)
words to live by: “People can live for a hundred years without really living for a minute.” -Logan to Rory (season 5, Episode 7 of Gilmore Girls)
guilty pleasure: The Bachelor, The Bachelorette, Bachelor in Paradise… basically all of Bachelor Nation
articles: click here

age: a *whopping* 20 years of age
city: San Francisco, California
favorite reads: Catcher in the Rye (Salinger) and La Plaisanterie (Kundera)
favorite films: Taking-Off (Forman 1971)— sort of a joke, but not really
favorite artists: Bruugel, Dali, Steve McCurry, Young Thug, Kodak Black
favorite grub: I always rock with burritos but kebabs are pretty good euro-substitute if the grease is accepted and the frequency of indulgences is tempered
morning or night (+why): probably night because I can’t wake up early, and it usually takes some time for my noggin to start doing stuff
words to live by: something along the lines of “if you’re so smart, why ain’t you rich?” (sort of a joke but also a way to keep my broke, vain self calm)
dream dinner guest: Spinoza or Kodak if I were feeling it up to it, but just the homies if I wanna be comfy
1-way ticket to _: It’s said the wise man stays at home, and I think that’s a pretty good response to lofty travel ideas in this precarious ecological era, but in a [very] real sense get that ticket to Bruxelles (city) or, I don’t know someplace cheap
guilty pleasure: because of all the shit I always feel like I gotta do, most pleasures are guilty pleasures, so I’ll go with reading or smoking or just kickin’ it with the homies — popcorn is a big one
articles:    click here