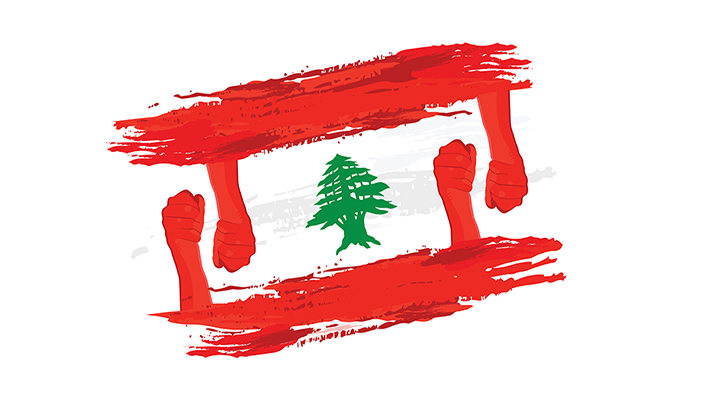 The popular uprisings that began on the 17th of October 2019 mark a major turning point in Lebanon’s history.  Following a string of uncontrolled October forest fires, a new tax on WhatsApp calls ignited the current revolt.

Lebanon’s political system, thanks to the country’s sectarian government arrangement, has always been in a state of partial paralysis.  It has always fought a history of corruption and mismanagement, including the ongoing garbage crisis that started in 2015.

A TIME FOR UNITY

Lebanon had never seen as many people of all faiths, genders, ages and walks of life come together in such huge numbers. By the middle of the first week of protests, millions had taken to the streets of Lebanon, blocking major roads and imposing a total shutdown.  Lebanon’s much larger diaspora population of over 20 million also took to the streets in the tens of thousands all over the world in an unprecedented and immense show of support for the revolution taking place in their motherland.

Unlike most popular Arab uprisings, such as the Arab Spring and the recent uprising in Iraq, the Lebanese revolution has seen DJ’s perform at protests.  People found creative ways to voice their protest. They clang pots together at the same time every night.  There’s remarkably little violence. Most importantly, unwavering solidarity is displayed between people of all backgrounds and cities from north to south, east to west. The protestors have no single leader, they are part of a true people’s movement.

The early years after independence from France (1943-1975) were plagued with a great socio-economic disparity between the Christian and Muslim communities. Lebanon’s 15-year civil war began April 1975.  During this time many sectarian warlords emerged as prominent players in the country’s politics.

The post-civil-war era (1990 until now) essentially saw those same sectarian warlords swap their army fatigues for suits. They subsequently took seats in parliament under a new modified sectarian system known as the Taif Agreement (1989).

Since the end of the civil war, Lebanon’s development has been marred by the prominence of foreign interests in the country’s politics, a war with Israel in 2006, the Syrian occupation of 1976 to 2005 and the never-ending gridlock along sectarian lines plus inherent corruption that has choked the country from the start.

These recent popular uprisings have shaken the nation to its core. For the very first time, the sectarian system has been challenged on a widespread level, propelled by the country’s youth. 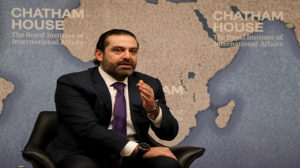 The main demands of the protestors are 1) the resignation of the current government (Prime Minister Saad Hariri recently handed in his resignation the government), 2) the implementation of a new, secular electoral law and 3) the formation of a transitional, elected government of technocrats to help steer the country out of the looming economic crisis and to help unlock the billions pledged, by CEDRE among other donor groups and organizations, to aid rebuilding the nation.

The political elite have so far, for the most part, “agreed” with the protestors’ demands. These are almost entirely meaningless crocodile tears shed by the very individuals that the people want out and the ones who are the cause of much of the nation’s suffering.

LOYALTY TO THE PEOPLE

Although some leaders are viewed less favorably than others, the revolution opposes all establishment parties and politicians alike. The oligarchic establishment figures have each reacted differently to the protests depending what they believe is best for their own political survival.

Since the resignation of PM Saad Hariri’s government, all MPs, at the request of President Michel Aoun, are acting in a caretaker capacity.  Yet not everyone in the government is as willing as Hariri is to leave.  Lebanese Force’s Samir Geagea and the Kataeb party’s Samy Gemayel both support a full resignation of the government.  The Free Patriotic Movement’s Gebran Bassil and Amal’s Nabih Berri, however, blame the protesters for worsening an already dangerous economic situation.  In doing so, they’ve fired up old sectarian sentiments within their diminished base.

Centrist politicians like President Michel Aoun (the Free Patriotic Movement) and Walid Jumblatt (the Progressive Socialist Party) along with Hezbollah’s Hassan Nasrallah have all openly understood the protestors’ demands.  But, so far, they have been unwilling to relinquish any power or modify the system very far from what it is now.

The Lebanese army has been put in a precarious situation because it won’t betray the Lebanese people’s longstanding love and trust in it.  Yet it has to find a way to still carry out its orders. Whereas most Arab armies have aided their respective regimes in crushing uprisings, the Lebanese army has not.  It hasn’t always obeyed orders to the letter.  What’s more, many soldiers and police officers have both shown signs of sympathy and a belief in the protestors.

RIPPED AWAY, SWEPT AWAY

No matter stance politicians have taken or what little they may have done for the country in the past, they are labeled by many as the cause of the country’s current problems. The Lebanese people view them as antagonists, who are either corrupt, pushing an agenda not beneficial for the Lebanese people or war criminals or a mixture of the three.

The sectarian power-sharing system in turn forced many Lebanese people into a patronage/clientalist system, which tied them to a leader and party.  This has been ripped away by the popular revolution, which has also ripped away the very system that allowed the post-war leaders to dominate the politics of Lebanon.

The Lebanese political elite are under attack from all sides and have no real way out of this situation. If they support the removal of the government or any compromise to the system they have now, they will be supporting their political suicide. On the other hand, if they lean toward their ultra-sectarian core and rhetoric, they risk being supported by a very small minority of the population.

Although it is unclear exactly where this revolution will lead, what has been done cannot be undone. The Lebanese have risen up as one people without a single leader, but with one set of demands and, most importantly, a singular Lebanese national identity, which once achieved will be the first of its kind.

These protests sparked by the country’s youth and taken on by all Lebanese are the start of a new chapter for the nation. They simply cannot die out because of the nature of who is fighting for a better future.

The new Lebanese generation wants to grow up in a functioning, secular, truly independent nation, not one where they are forced into emigration like so many of their friends and family because of no employment opportunities, constant government failure to provide the most basic of services and the poor economic situation that the country has been facing for so long.

This generation is filled with hope and dreams that have only just began to manifest themselves.  Slowly but, surely, they will refute the old sectarian order that has gripped the country for so long.

Politicians will always try to blame their enemies and refugees for the struggles of the people, but the Lebanese people have come together, united under one shared struggle. While the aspirations of the young Lebanese are not going anywhere and will only intensify if challenged, the old political order has already begun to crumble.

A reflection on a different type of Middle Eastern revolt.