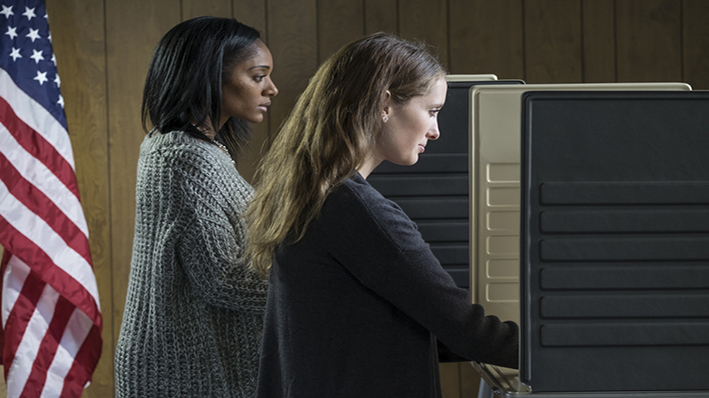 The single most significant presidential election in our history is right around the corner. This might seem exaggerated; at first, it makes sense to look at 1800, 1860, 1932, 2000, or even 2016, as these elections represented new eras for American politics. Looking deeper, however, you’ll come to the same conclusion that I have: 2020 is our most important election yet.

In 2016, Americans made a grave mistake—that they have been making for a while, but it was especially pronounced in this election. Nobody voted. Well, not nobody. Approximately 138 million Americans voted in 2016, but that only comprises around 58% of the eligible voting population (Americans 18 and over). In an election with an under-qualified Republican candidate, who has been accused of rape and sexual assault by at least 22 women, and who has been openly prejudiced towards African-Americans, Latinx, women, and members of the LGBTQ+ community, few people were counting on a win from Donald Trump. On the other hand, lots of people weren’t Hillary Clinton fans either.

My analysis is that the Americans of the 2016 election came in three categories: Voters, Screw-This-Election, and Lazy. Category number one: Voters. Some chose to vote for their preferred candidate. Hooray! These people have completed the most basic task of their civic duty as Americans. Category number two: Screw-This-Election. What I found much more common, mainly in the adults surrounding me, was a refusal to partake in the election at all. Although they knew Clinton would win, and she was their preferred candidate, they didn’t really want to vote for her because they were upset over her emails (or didn’t want to see a female candidate in office). Lastly, we have category number three: Lazy, meaning people who didn’t vote because they simply couldn’t be bothered. I think voting is a necessary component to democracy, but hey, that’s just me.

As someone who can’t wait to vote, to actually be able to have a say in what I want for this country, to have the capacity to create change, I can’t understand the idea of not voting. If you don’t like any candidates, vote against the one you hate the most. If you’re lazy, do some soul-searching as to why you allowed our nation to fall into the control of a morally corrupt person because you didn’t feel like going to the polls, and then vote this time (and all the other times!) as penance.

In 2020, Americans will be put to the test in a more significant way than in 2016. To the people who didn’t vote, you have the opportunity to do some good. To the people who made an educated vote for a qualified candidate, good job, and do it again!

Optimistically, Americans have seen the effects of this presidency and are now more educated about political and social issues. It is my hope that this is the case, that we’ve learned our lesson and will be careful not to repeat past errors. If I’m being completely transparent, though, I don’t have unwavering confidence in the Americans who voted in 2016 to make the right decision.  As the daughter of an immigrant, I grew up thinking America was a place of hope and opportunity. Then, in 2016, I was exposed to the harsh realities of living here.

Some notable moments that justify my distrust: my mother being held in a room at an airport in Utah for six hours, being interrogated about her race and background because TSA noticed she was born in Egypt; being followed in a white van for ten minutes while I was walking home from practice; being screamed at and called a murderer for walking inside a women’s clinic; having three men come in to the ice cream shop where I work and sexually harass me until I threatened to call the police; and countless others. These are some of the reasons why 2020 is a vital election year. We have the chance to change America, to legislate gun control laws, to keep abortion safe and legal, to offer healthcare, to protect minorities, and put an end to the acceptance of hate and white supremacy.  And although I’ve lost faith in the Americans who voted last time, I have a new place to put my trust.

In 2020, a new generation of voters will step up to the plate. Along with the people turning 18 within the next year (myself included), there are four years’ worth of young people who want to make change in this election. We have watched the people in this country suffer, and it’s the young voters who are prepared to take action. Although the youth is an important demographic in elections, voter turnout is low. Although young people are generally less conservative, they are less likely to be involved in politics. Previously, only 31% of eligible voters from 18 to 29 would vote for a presidential election, so youth voters are not usually the most important voting group. However, young people are more and more politically active, especially with leaders like Greta Thunberg keeping them engaged. The reason I have hope—and not fear— for my future is because I know my generation wants to help.

I don’t think there has ever been an election where the vote of young people has mattered more than it will matter next fall. We’ve been waiting so long for the opportunity to decide how we want to shape the future, and it’s my sincere wish that we don’t waste it. In 2020, I hope that older generations remember their civic and moral duty to vote, and that the new generation of adults acknowledge the impact of their voice.

Every election is important, but the 2020 presidential election will affect everyone’s future for generations to come.