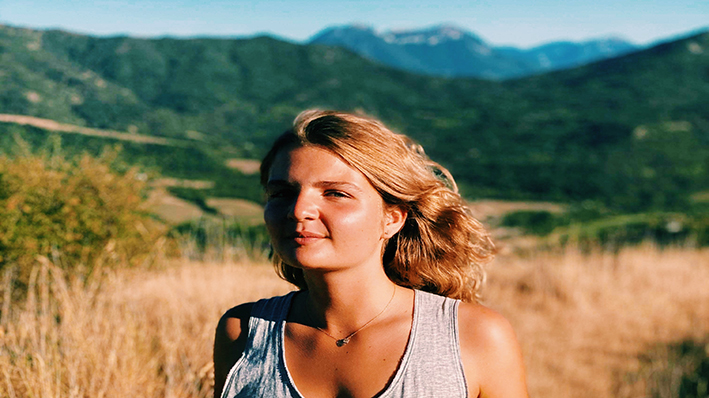 Elisa Vosos is a true multinational who views patriotism with plenty of pride and no prejudice.  Through her diverse upbringing, she has come to experience the world with an extremely open mind and looks for ways for man to understand one another.

Where are you from and where do you currently live?

Elisa Vosos: I was born in Paris from a French mother and a Greek father, I moved to Geneva, Switzerland, when I was ten years old, and I’m now living in Reims. Through my parents I am both French and Greek, and I was naturalized Swiss three years ago.

How would distinguish patriotism from nationalism?

Patriotism to me, would be the love one has for one’s country, a willingness to serve and promote the latter country.

Nationalism to me appears as a more aggressive doctrine, that in contrast to patriotism, doesn’t promote love but rather hate, towards foreign entities and foreign people, and pushes towards an ideal of false superiority, allowing some people or nations to feel like they have rights other nations do not have.

How is patriotism viewed in your country?

Patriotism in France I feel like, is very much omnipresent. I went through the French system my whole life, and there was a lot of accentuation on the fact that the French are revolutionary, firm believers in the republic, that they abide by the motto “Liberté, Egalité, Fraternité”, that they form the country of universal human rights.

I do believe that we all have internalized some sort of patriotic ideal, which often blinds us from seeing the truth, and see the violence, conflicts and tensions that are a direct or indirect product of the same system we idealize.

I do not consider myself a patriot. Firstly, because I do not believe that I have a home country. Of course, throughout my education I have been influenced by the French system and the values it would like to convey, and I know a lot more about French History than Greek of Swiss History.

But education doesn’t make it all, and so I feel as distant to the idea of French patriotism than that of the idea of Greek and Swiss patriotism. I often consider myself an observer, not being able to fully understand the love people I have met for these respective countries, because I am not “fully” Swiss, French or Greek.

If France is the one country where I have lived the most, I often feel disconnected from the values and ideals French patriotism carries, because I do not believe it applies to how French society really is today. Patriotism to me is more like a myth, or an attempt at building an ideal, but it should definitely be put into question.

France, Swiss and Greece have different ways of promoting patriotism.

France bases itself a lot on its history, and I believe the way French history is taught should be put into question.

Greece bases itself a lot on the fact that they have been an occupied territory, and have maintained their culture, which I do not feel fully connected to, as to me, the dogmas and codes of Greek culture are often one added element to the list of French and Swiss cultural elements I’m supposed to have internalized in my behavior, which I find complicated.

Secondly, even though I appreciate the definition of patriotism as a concept, in practice it has been adapted to a nationalistic discourse. Just to give you an idea, the first thing that pops up in my mind when I hear that word is the image of an American teenage boy enrolling in the army.

To what sources do you attribute collective pride?

Patriotism in itself tends to glorify a country’s history, people, culture etc. As I said before, I feel like it’s an ideal rather than an objective vision of a country.

Patriotism often blinds us from seeing the real conflicts, tensions and inequalities within a country. It prevents us from recognizing the mistakes nations have made, the suffering it has produced. I believe the collective pride is associated with the best of what culture, people and history have produced, putting away the rest.

Does patriotism have a place in today’s world?

I believe patriotism can progress. It is an ever-evolving concept, accompanied by an ever-evolving practice. If in today’s globalized world, patriotism is often associated with nationalism and has become a common place in the political debate, it can still evolve and become better. Maybe we can reach a level of patriotism where being patriotic means loving one’s country, accepting its flaws and wanting it to be better, without excluding foreigners and foreign entities. But for right now, in our globalized world, I feel like patriotism has just become a tool, an excuse to justify people’s fears, hatred, or willingness of being superior.

Being able to identify myself as a patriot doesn’t make anyone else’s less real. I believe that patriotism could aid in our goals of having a more tolerant and equal society which is why it should be playing an important role in the future.

A comparative look at racism in both the United States and Italy. 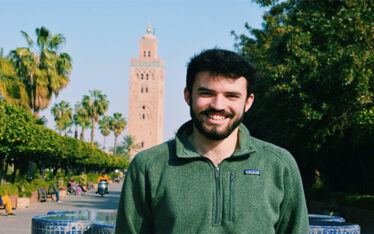 Patriotism pt4– Germany
Patriotism is feeling you’re a citizen of the country in question, feeling as a member of the community, defending it etc. no matter your origins. Nationalism is support for the... 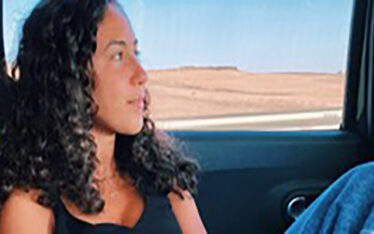