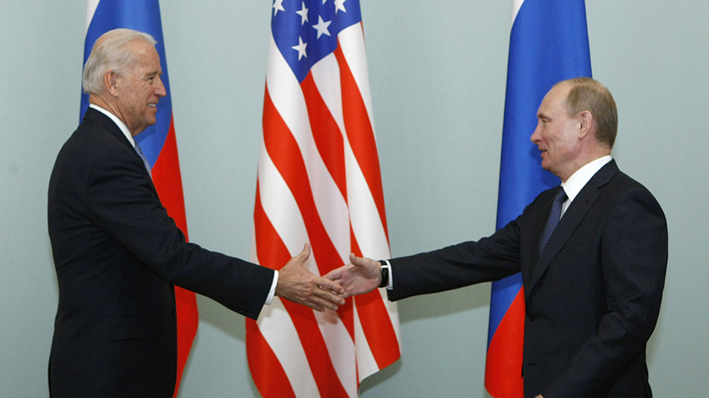 Russo-American relations will likely sour under the incoming Biden administration.

‘Good’ or ‘improved’ relations with the Russian Federation may not, especially considering recent events, be in the United States’ best interest.  Consider the most recent Russian governmental actions and question whether this is a nation the U.S. should coddle or confront.

The Russian military placed bounties on the heads of American soldiers in Afghanistan. The Russian intelligence agency, the FSB, poisoned Alexei Navalny, the leader of Putin’s opposition, in an attempt to kill him. And as recently as December 14th, the Russian cyber-intelligence unit launched the world’s largest-ever cyberattack against the US that corrupted almost every corner of the government and some of the world’s largest private firms.

To many, including President-elect Biden, these actions, complemented by scores of other aggressions and crimes, make Russia an enemy of the American people and the world. Therefore, such will likely be the position of the Biden administration.

This marks a serious departure from both President Trump’s and President Obama’s Russian policies. Trump has sought to appease and vindicate Putin for his innumerable crimes, no matter the severity. After the Russians sought to undermine the 2016 American elections through a variety of hacks and misinformation campaigns, the President contradicted his own intelligence agencies (their chiefs being Trump appointees).

At every turn, Donald Trump has seemingly attempted to praise Putin and delegitimize the threat the Russian government poses to American and global stability. Therefore, as Putin operated with impunity for the last four years, Biden, insofar as his public statements have made clear, will not be as nonchalant.

It would be naïve to simply claim the last four years of Russian aggression have been met with American indifference. During all eight years of the Obama administration, the Russian government and military poisoned political opponents, hacked American infrastructure, ran rampant in the Middle East and even invaded the territory of a sovereign nation.

When the Russians invaded Crimea from Ukraine, the American government under Obama did nothing. Other than a condemnation and a handful of petty sanctions, the Russians walked into Ukraine unopposed. The last twelve years of American policy vis-a-vis the Russians has been entirely spineless.

Biden is closely aligned with the Hillary Clinton school of ‘hawkish’ foreign policy. To some, he borders on having a neo-conservative foreign policy. Judging from his past, although Biden may not reignite a global regime-culture war à la the Cold War, he may well re-escalate America’s involvement in the promotion of democracies abroad.

Biden’s hawkish leanings are most evident in his appointment of Jake Sullivan as National Security Advisor designate. Sullivan has been tagged by some liberal figures and media as a hawk who has left behind a streak of destruction. Biden, therefore, can be expected to tolerate fewer Russian aggressions, incursions, crimes and overall shenanigans.

This lower tolerance for Russian domestic and foreign operations can manifest itself in a host of ways, each significantly different than those of his two predecessors. On issues such as energy, Syria, Belarus and arms deals, President Biden will reset the 12-year current path.

In the last two decades, the Russians have been heavy handed in their support of various totalitarian regimes. Putin’s support of the Venezuelan, Syrian, Afghani-in-exile and, Turkish and Belarussian dictators has proved a destabilizing force.

Joe Biden was a proponent of a Syrian policy similar to that of Clinton’s proposed ‘no-fly zone’. He could impose American air supremacy over Syrian airspace thus prevent Assad from gassing, barrel-bombing or otherwise continuing his reign of terror. In fact, it was his National Security Advisor-to-be who designed the policy.

Although Biden was present in Obama’s administration during his comically ineffective ‘red-line’ drawing in Syria, Biden was known to have differed in his opinions. Therefore, Joe Biden might err on the side of confrontation with the Russians over their presence in Syria or so his past policy over the last few decades would indicate.

One of the hallmarks of Biden’s incoming administration is the insistence on Democracy as the norm and a center point of a free society. Whether this position applied uniquely to his campaign or perhaps extends to foreign policy in collapsing autocracies such as Lukashenko’s Belarus remains to be seen.

Biden has so far announced and/or considered centrist, comparatively non-progressive cabinet appointments. These lean toward the notion America might well opt to resume policing democracy abroad.

Jake Sullivan and Lloyd Austin, Defense Secretary designate, his top security officials, were highly present in the U.S./coalition’s wars in Afghanistan, the fighting against the Islamic State and the overthrow of Libyan dictator Ghaddafi. Each have highlighted the importance of stability in turbulent countries – a stability they argue should be provided by the United States and allies.

While NATO has been on the receiving end of many of President Trump’s tirades and attacks, President-elect Joe Biden has made it a priority to reinstall the faith and trust in what he has called the ‘core of the free world’. NATO, an organization of most Western nations as well as non-member aligned nations, poses the greatest threat to the Russian influence.

NATO has extended its reach into nations bordering Russia, installing missile batteries and state-of-the-art defense systems in Russia’s very own backyard. A doubled-down commitment by the incoming president on matters of NATO expansion and strengthening will surely be met with hostility and opposition by the Russian government.

President Biden will likely condone the strict sanctioning that was introduced by President Obama. A series of stringent and crippling sanctions, which resulted in massive shortages and economic damages, will likely continue to be leveled against the Russians following recent aggressions as a potential deterrent against future confrontational acts. These sanctions were partially lifted by President Trump as he coddled up to the Russian dictator.

It was the Senate, with members who previously supported Biden’s positions, that refused to lift Obama-era sanctions.  New sanctions –whether due to energy manipulation, poisoning domestic opposition or the massive computer hacking– are now almost a certainty within the first hundred days of a Biden Presidency.

There are few points for which the US and Russia share common ground. The ‘new page’ and diplomatic restart pursued by Obama has long passed. The policy proved too significant a failure. The damage –already sustained to the Russo-American relations– is too great for one to simply placate or gloss over.

NO PUPPET FOR PUTIN

President Trump’s indifference towards Russian aggression will similarly be overturned by a more hawkish Biden administration. Whether it manifests itself in a stronger American military and foreign presence as a counter to Russian influence or in economic retribution for Russian acts, a Biden administration will further divide the United States and Russia and cast them for what they truly are: seemingly eternal, global enemies.

Reflection on the ongoing threat of damage inflicted by the insidious Russian cyber hack of U.S. agencies.