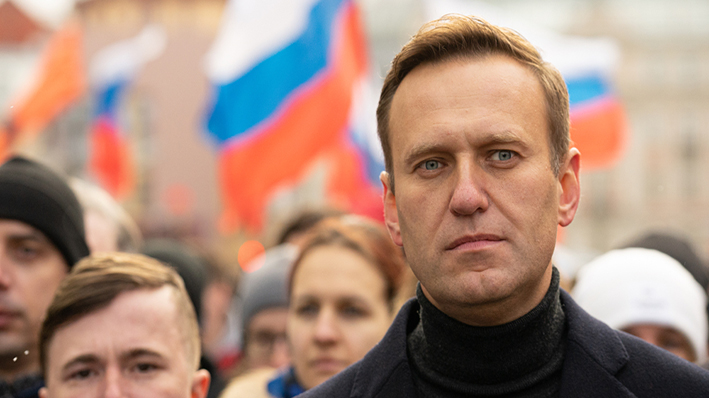 Russians go about their day as normal. They wake up for work, wait patiently for their lunch break, wait impatiently for the newly licensed driver in front of them as their car muffles R-rated insults… but they are set apart by their lack of a key right – political expression.

As Russians continue to be stripped of crucial rights, investment in politics is dwindling. Citizens aren’t putting up much of a fight.

Ignorance seems to be bliss as the government continuously takes strides to deprive Russians of any outlet that could be out of line with the official narrative. While self-defeating at best, at worst this puts hundreds of millions of lives in jeopardy of near-complete subjection to the government.

For all intents and purposes, I do consider myself a part of this mysterious ‘they’ I speak of so distantly. However, I have had the privilege of living abroad. I was educated in countries where the right to speech and political expression are respected above a surface-level commitment.

privilege and a curse

I am both privileged and cursed to hold an outsider’s point of view while experiencing government suppression first-hand.

I watch enviously from behind the rusting iron curtain as most of my fellow students and friends get to participate in the democracies of their home countries. Rather, I watch them participate without necessarily fearing for their lives or their future.

Officially, Russia is a federal republic. There is a President, a Prime Minister, two legislative houses, and a Constitution the President is oh-so fond of. Practically, the Russian political system is a ruse headed by the very dangerous equivalent of a spoiled child refusing to share his toys.

Over the years, citizens have been steadily stripped of outlets for expression and other basic political rights. In 2019, Moscow saw large-scale protests when multiple independent candidates running for Moscow council elections were refused registration by the Moscow City Election Commission. The state media did not so much as bat an eyelid. The police, however, very much did.

By the end of the movement, there were over a thousand detainees, and many more met with violent forces. Protesters were beaten, struck in the head, and threatened to have their children seized. Similar levels of brutality were seen in early 2021 during protests in support of Russian opposition leader Alexei Navalny following his detention and subsequent sentencing.

International media, for the most part, severely lacked coverage of these incidents. Especially when it does not involve Navalny – the oppositional figurehead – the West seems to care very little for Russian suffering.

Hard government crackdowns on protesters were justified since all protests must be pre-approved by the government. Shocking – a protest for freedom of running for office was not approved by the Russian government. And so, the authorities decided to view these protests as acts of ‘extremism’.

This term, together with ‘foreign agent’, has become a catch-all solution for the authorities. Anything slightly inconvenient for the government is simply slapped with the label.

More recently, organisations including online newspaper Meduza and Navalny’s Anti-Corruption Foundation have been deemed ‘foreign agents’. Meduza seems to have taken the label in stride: “Hi, everyone! We’re Russia’s latest “foreign agent”!” writes the newspaper following the ruling in April.

Navalny’s organisation has also acquired a new label for its arsenal – as of early July they are officially an ‘extremist organisation’. According to a new law signed by the President just one month earlier, those designated as ‘extremists’ are banned from running for public offices and face threats including fines and imprisonment.

The timing of the new law or the ruling following it is not lost on anyone.

In a more devastating structural blow to fans of rights, last summer the country ‘voted’ in favour of Constitutional amendments which further eroded any remaining democratic illusion.

For example, Article 102 states that the Federal Council (over which the President has extensive de facto control), can confirm presidential decisions about removing Constitutional and High Court judges. One of the most notable amendments ‘resets’ President Putin’s terms giving him the ability to run for a fifth term, his third in a row.

The dissolution of separation of powers came masked as a crusade for Russian ‘culture’ and ‘tradition’. A forceful propaganda campaign highlighted Russian tradition with the constitutional entrenchment of the Russian language and heterosexual marriage, two of the changes in the proposed list.

And so, Putin’s power was strengthened in a campaign enshrined in homophobia and nationalism.

Russian citizens are systematically being denied their right to vote, right to run for office, right to free press, and right to expression.

But is all this necessarily a bad thing? In a way, this simply removes the stress of political choice. There is one less thing to worry about, fewer decisions to be made. The alleviation of responsibility can perhaps be seen as enviable.

This could explain the worryingly low electoral turnout. In the 2016 legislative elections, the official numbers show a 47,88% turnout, with some independent observers suggesting as low as 35%.

Although Vladimir Putin won the 2018 presidential election with a reported staggering 76,6%, many independent observers show statistical anomalies indicating artificial inflation of turnout and rigging. Moscow Times also reports that over 80% of Russia’s youth have no interest in politics, notably due to its lack of real stakes.

Have Russians stopped caring about politics?

Some are indeed happy with the stability. Why change something which has seemed to have been going alright for the last twenty years. After all, for those who lived through the ruthless 90s following the fall of the USSR, this is the preferable alternative.

I firmly believe that this is the wrong approach. While understandable, it is disheartening to see such a large-scale state of surrender. Protests may seem futile and dangerous, but recent government suppression of media and protests shows they are afraid. The benefits far outweigh the cost of a nation free-falling into submission.

Foreign media has also been more extensive in its coverage of the Russian plight as protest and unrest start to become more common, especially following Navalny’s conviction.

As the anti-government movement picks up steam, Russians must do their part.  Strength in numbers, better access to non-state-controlled media, and motivation will all be key.

Lack of the right to expression should not equal defeat or retreat into ignorance. With legislative elections coming up in September and the presidential election in 2024, I hope that more of my fellow Russians will not let this pass them by.

Ignorance is not bliss, it is denial, and it is dangerous.

A look at the increasing dearth and consequences of Russian democracy.