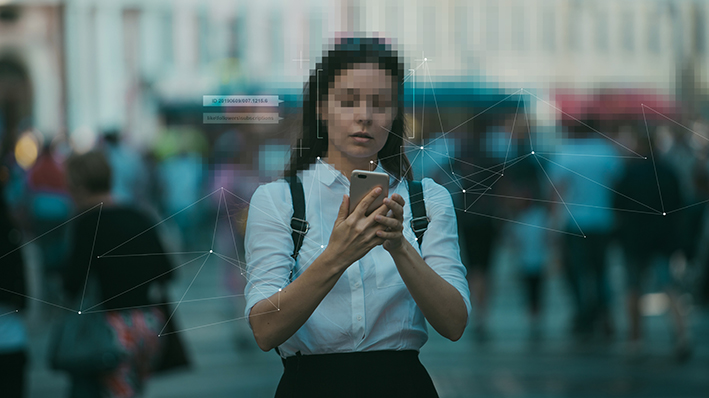 The choice between privacy and saving lives, a dilemma of utmost importance in France, a country that historically values the rights of man above all.

A controversial new cellphone app can detect when someone draws near an individual who has or is carrying Covid-19. The question is if using such a device violate the other person’s right to privacy?

Remember: “The fight against fascism and communism in the 20th century left societies wary of the intrusions of authoritarian power…” And in France, the country “is particularly attached to notions of individual rights,” states the NY Times.

Some “say that it is fair to infringe on people who are infected rather than inhibit the freedom of society as a whole.” NY Times.

Does performing an act in the name of the greater good, justify the means? It clearly depends on whom you ask.

French President Emmanuel Macron, after extending the lockdown in his country for another month, is considering alternatives.

“A new type of technology… ‘is emerging as a solution for countries concerned about respecting individual freedoms because it’s a technology that doesn’t reveal your location,’ Gérôme Billois, a cybersecurity specialist at the Wavestone consulting firm, told France 24.”

This alternative technology is already in use by the government of Singapore. There “phones equipped with Trace Together… connect to each other within a radius of a few metres… Potential Covid-19 sufferers in the vicinity are identified and an alert is sent if necessary.

“The app stores a list of cross-phone contacts for 21 days.” If later “a user becomes ill and enters his state of health in the application, an alert can then be sent to all registered users to encourage them to get tested.” 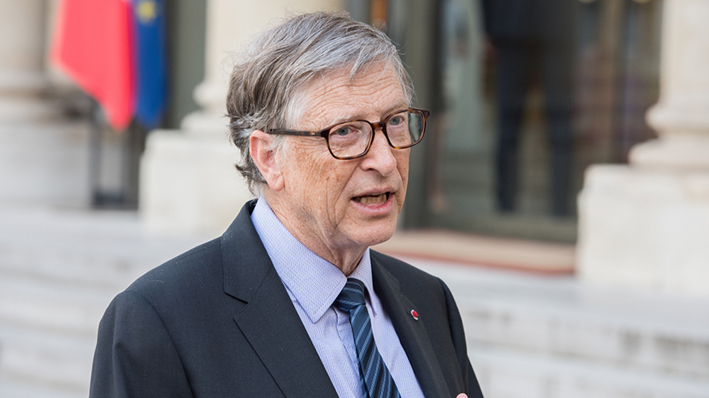 Bill Gates, one of the two or three wealthiest men in the world, now together with his wife Melinda, is his doing his utmost to help save the planet from the raging pandemic.

Gates, co-heads with his wife, the Bill and Melinda Gates Foundation which contributes hundreds of millions of dollars to advance extraordinary causes for humanity and help save our planet.

“As the virus has spread, killing more than 239,000 people globally, Gates has used his fame and wealth to push for science-based approaches to end the pandemic. Having studied infectious diseases for the past 20 years as part of his philanthropic work, Gates has warned about the potential for a pathogen-spread pandemic since 2015.”

“People are hoping for U.S. leadership. It’s still an opportunity we haven’t seized,” Gates said. “The vacuum of waiting for the U.S. to step in and help out with that, there’s still a huge opportunity there.”

As baseless conspiracy theories take root, inevitably so have ones about Gates.  “The Microsoft co-founder turned philanthropist has been attacked with falsehoods that he created the coronavirus and wants to profit from it.”

“The wild claims have gained traction with conservative pundits like Laura Ingraham and anti-vaccinators such as Robert F. Kennedy Jr. as Mr. Gates has emerged as a vocal counterweight to President Trump on the coronavirus.”

Subsequently, “in posts on YouTube, Facebook and Twitter, he is being falsely portrayed as the creator of Covid-19, as a profiteer from a virus vaccine, and as part of a dastardly plot to use the illness to cull or surveil the global population.” 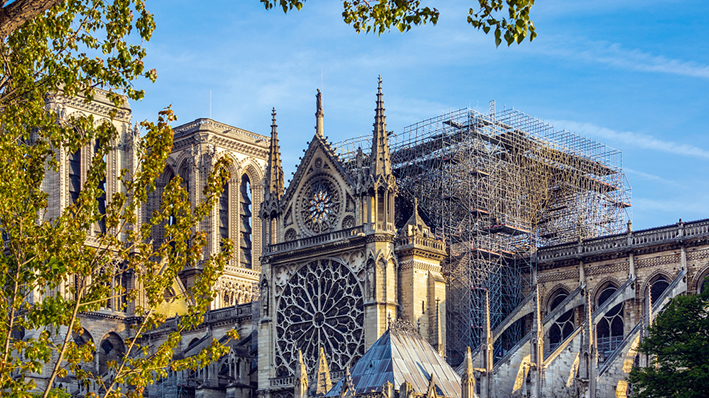 A year after the fire that burned the roof and destroyed the spire on Notre Dame Cathedral, restoration work has been completely shut down because of the coronavirus pandemic.

The blaze started suddenly on April 15, 2019.  “In the time since the tragedy, there have been great discoveries, plenty of controversies, and an uplifting development that was just announced today.”

“French President Emmanuel Macron originally stated that the cathedral would be fully restored by 2024, the year Paris still plans to host the Summer Olympics. But restoration work has currently ceased due to the coronavirus pandemic and the lockdown in place in France, inevitably leading to delays. And there’s great worry that the fused-together scaffolding, which is still stuck atop the cathedral, could collapse and further damage the structure.”

“All the tributes initially planned… to mark the anniversary were scrapped. They included a reception at the Élysée Palace to honor the workers tending to Notre-Dame; an official ceremony with the cathedral choir; and a performance of a musical about Notre-Dame in front of City Hall.”

In the mean time the debate rages on.  How should the historic cathedral look after the restoration?

Should it appear in a modern or partially modern reincarnation?

Should it be loyal to the original already had been revised and restored twice before.

Some proposed designs have gone to the extreme, including a Swedish architecture approach to have a rooftop swimming pool.

For the moment it looks as if traditionalists will win out and the cathedral will be restored to the way it looked before the fire, only probably not in time for the 2024 Olympics to be held in the iconic city.