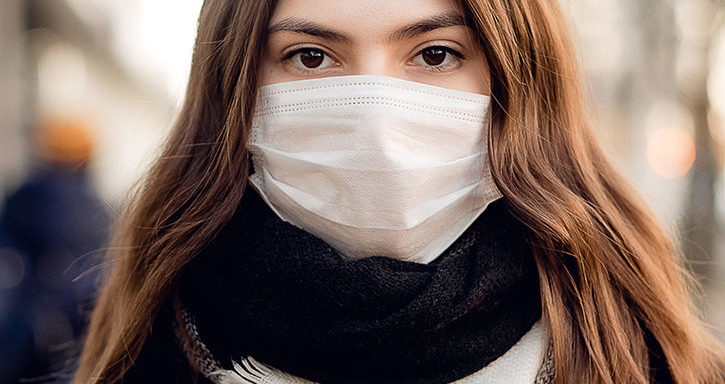 Classes were cancelled for an indefinite period at over one hundred U.S. universities an ever-increasing number as Covid-19 spreads.

Colleges throughout the world are suspending in-person programs and hastily preparing to resume with on-line sessions.  Many students studying abroad and unsure where they are safest are hastily investigating their options how to return home.

Equality is rapidly breaking down.  Poorer ones from remote rural areas do will not even have wifi access to attend online lectures.  Financial support appears to cover only studies on campus.  Students away on spring break need to get back to pack up.  Even graduation ceremonies for seniors are up in the air.

“Universities are particularly vulnerable to the spread of the disease because of the close proximity of those who live and work on campus,” observes USA Today.

“This need to shutter campus operations,” notes Vox, “has served as a reminder that for many students, college provides a support system that goes beyond the classroom.”

“Because of the sudden need to close down campuses,” reports Vox, “colleges have been forced to deal with how they can responsibly take preventive measures to curb the spread of coronavirus, while ensuring that students are equipped with the resources they need to respond to this change.”

The immediate future provides only temporary answers as institutions and individuals struggle to swiftly readjust.

“’I’m like on the run from the virus,’ said Zara Khan, a junior at the University of California, Berkeley, who left a study abroad program in Florence… five days ago. ‘I could go back to the States,’ she tells the NY Times, ‘but that’s not even safe anymore.’” 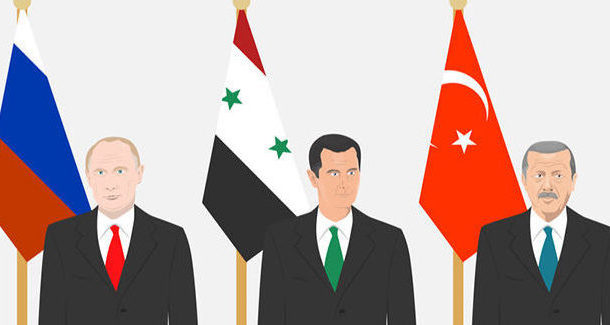 “As President Vladimir V. Putin welcomed Turkey’s leader to Moscow,” reports the NY Times, “his primary goal is to protect his long-term project of dividing NATO.”

“Russia is racing to reinforce its troops in Syria by sea and air before talks between the Russian and Turkish leaders in Moscow,” Reuters reports and both “flight data and shipping movements show.”

“The two presidents, Vladimir Putin and Tayyip Erdogan, agreed to meet after a surge in tensions between their countries over fighting in Syria’s Idlib province between Russian-backed Syrian government forces and rebels allied to Turkey.

“The fighting has raised the prospect of a direct clash between their armies, which operate in close proximity on opposing sides, and Erdogan hopes the talks will yield a ceasefire in Idlib.”

“The presidents of Russia and Turkey have reached agreement on a ceasefire,” reports The Guardian. It begins “at midnight in north-western Syria, where escalating fighting has threatened to put forces from the two countries into direct conflict.”

“The agreement appears to achieve Russia’s key goal of allowing the Syrian government to secure control over strategic highways essential for consolidating its grip on the country after a devastating nine-year war.

“But in a nod to Turkey’s interests, the deal also puts the brakes on the push by Syrias president, Bashar Assad, to reclaim control over all of Idlib province, the last opposition-controlled region that borders Turkey.

“Erdoğan said he and Putin agreed to help refugees return to their homes. More than 900,000 people have been displaced by the fighting since Assad’s forces began an offensive in December backed by Russian airstrikes.” 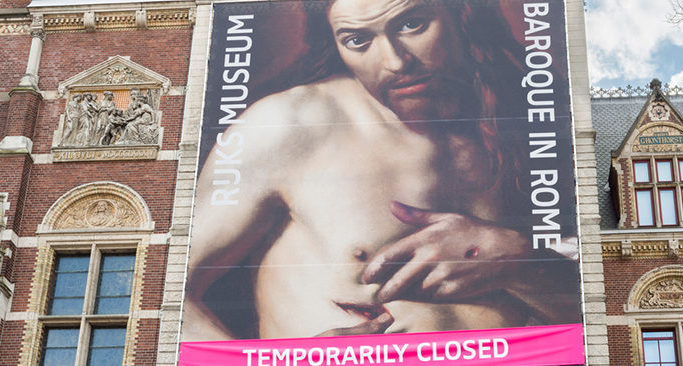 “In response to the growing threat,” Smithsonian magazine reports, “museums and theaters across the globe have shuttered their doors, while event planners have canceled festivals and fairs, all in hopes of keeping potential patrons safe.”

“Though some institutions have come up with creative ways of keeping visitors engaged,” The Smithsonian Magazine continues “—including trialing virtual versions of shows and exhibitions—many worry about the outbreak’s lasting fallout.

“As part of widespread efforts to contain the spread of coronavirus, many of the world’s major cultural institutions have closed their doors” reports Time.Com. “Museums across the globe have announced temporary closures, from the Vatican Museums and New York’s Metropolitan Museum of Art to the Smithsonian Museums, the Los Angeles County Museum of Art to Korea’s National Museum of Modern and Contemporary Art. The Musée du Louvre in France just closed indefinitely after briefly reopening to crowds, and it announced that two upcoming exhibitions will be postponed.”

“The closures have brought with them serious consequences,” continues Time. “Aside from potential impacts to future museum exhibition lineups, many museum workers are fearful of how closures might affect their financial stability.

“These institutions’ closure brings a reminder of the importance of the museum’s place in society during times of need. Research has shown that viewing art can reduce stress and anxiety, increase motivation and serve as a mood booster.”