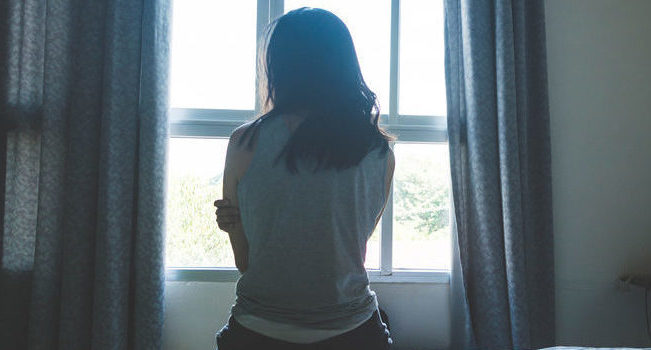 The threat of the coronavirus pandemic has left the world in a lockdown and far too many women trapped, unable to escape an abusive domestic partner.

Countless women’s eyes open to an inescapable nightmare.  Alone with their abuser, they await a fleeting moment to secretly reach out for help, desperate for advice and some trace of hope.

“As millions across the U.S. stay home to help flatten the curve,” states the NY Times, “domestic violence organizations and support systems are scrambling to adapt to the rapidly shifting landscape.”

Hotlines have been ringing off the hook.

“The virus raises the stakes for domestic violence services across the country as they scramble to adapt to a patchwork of new government policies and restrictions that shift day by day and vary from state to state.”

Worse yet, these over-worked, under-staffed centers are starting to face economic cutbacks of their own.

“A growing number of callers say that their abusers are using COVID-19 as a means of further isolating them from their friends and family. “Perpetrators are threatening to throw their victims out on the street so they get sick,” Katie Ray-Jones, the CEO of the National Domestic Violence Hotline tells Time. “We’ve heard of some withholding financial resources or medical assistance.

“Anita Bhatia, the Deputy Executive Director of the United Nations Women tells Time that “the very technique we are using to protect people from the virus can perversely impact victims of domestic violence.” She added that “while we absolutely support the need to follow these measures of social distancing and isolation, we also recognize that it provides an opportunity for abusers to unleash more violence.”

THE PM GOT COVID 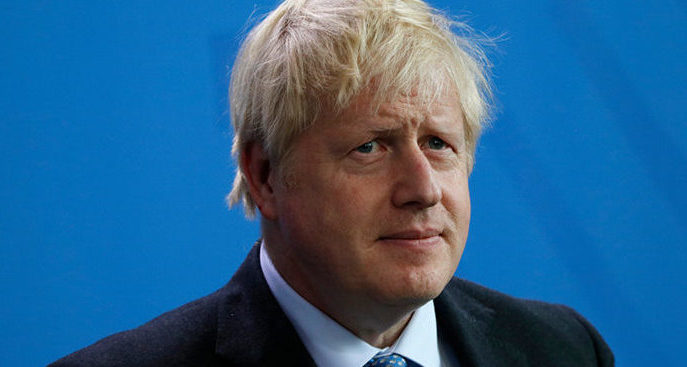 Test results revealed Boris Johnson has become the first world leader infected with the Covid-19 virus but he promised to continue to lead the U.K.

Rather than “ordering curfews and deploying the military,” reports Bloomberg, “Johnson instead sought to use behavioral psychologists… to persuade the public to do the right thing.”

“At key moments in the outbreak, Johnson seemed in denial about the size of the threat,” reports Bloomberg.

“‘I am absolutely confident that we can send coronavirus packing,’ he defiantly declared. A new test could be a ‘game changer’ in the fight against the disease, he said, adding that the U.K. could ‘turn the tide’ of the outbreak in 12 weeks.”  And then, “for Boris Johnson, as for others, it started with a cough and a fever.”

“The British prime minister did what he was told… and was in his Downing Street apartment at midnight on Thursday when the result came through: he’d tested positive for coronavirus. It was the moment the pandemic literally hit home.”

“The tussle between freedom and responsibility may become the conflict that defines Johnson’s career. He rode to power on a campaign to release the U.K. from the EU’s legal shackles. His overriding promise was to “unleash” Britain’s potential.

“Now Johnson, like thousands of his fellow citizens, is living in isolation in his apartment and dealing with the disease for the next week alone.

“The irony is that he has put the entire population—himself included—on the tightest leash of all.”

Ever the showman, gravitating to center stage, the PM finds himself relegated to silently recover in the wings. 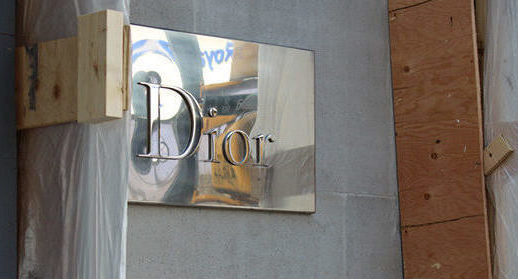 With stores shut down and the temptation to loot insidiously lurking, plywood posed the intermediate answer as windows everywhere were boarded up for security.

Store “owners were not allayed… that crime levels had dropped significantly,” reports the NY Times as boarded up store fronts dot the famous shopping streets in major cities throughout the nation.

Boulevards usually littered with people from everywhere, hands full of luxury-brand shopping bags, seeking out a chic spot to stop for coffee or wine, now more closely resemble a ghost town, a minuscule trace of what was.

Everyone is quarantined, even the liveried security guards.  With few cars to be seen, pedestrians are even fewer.  Hustle bustle gone.

Life now barely exists.  It clearly is elsewhere.  But not anywhere to be found as the virus runs rampant, clearly in charge.  Scratching one’s imagination, the only missing element – from parallel times in days long gone by – is a chest-high ball of tumbleweed and an eerie whistle from the wind.

“The reason for this dramatic reaction,”  states US Magazine, “is in preparation for possible looting, riots and civil unrest. After all, in 2018, high-end windows of retailers were smashed during the Yellow Vest protests in Paris.”

The question is whether anyone would even venture out to risk their health and break the quarantine with today’s CCTV cameras everywhere. The likelihood of a looter or vandal getting away without being identified is minuscule.

Only a master criminal, a 21st-century Pink Panther would have the slightest chance to succeed.  But don’t hold your breath or you might see a huge ball of tumbleweed crash into the plywood first.