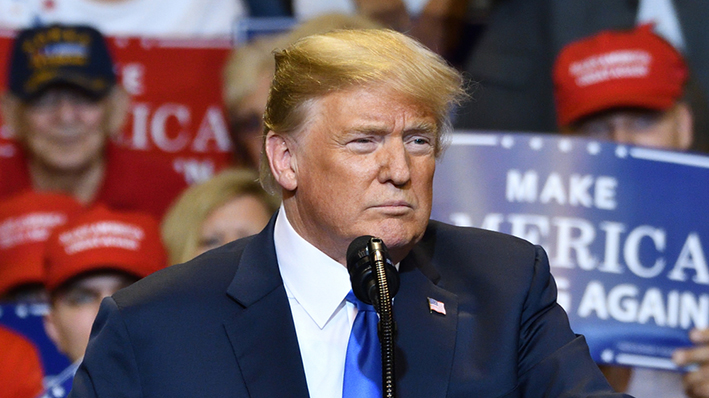 The wheels suddenly have started to roll forward.  The process has begun.

Whereas the lengthy and in-depth Mueller investigation failed to definitively show obstruction of justice or clear cooperation between the Trump 2016 Presidential campaign and the Russian interference, the lead up to the 2020 re-election campaign is proving far more definitive.

According to VOX On “Morning Joe, Federal Election Commission (FEC) chair Ellen Weintraub… noted that ‘the law is pretty clear. … It is absolutely illegal for anyone to solicit, accept, or receive anything of value from a foreign national in connection with any election in the United States’.”

If the president just was looking for the Ukranian government to try to find dirt on former Vice President Joe Biden or to try to shift the blame of the documented Russian’s 2016 interference to the Ukranians that appears violation in itself.

With the added admissions by Acting Chief of Staff Mulvaney of the President holding back financial/military aid to Ukraine in exchange plus supporting testimony from others presents indisputable grounds for moving forward with the impeachment inquiry.

In addition, there is the important question of the involvement of the president’s personal lawyer.

Rudy Giuliani, without any official government connection let alone security clearance, appears to have dictated and directed U.S. foreign policy with regard to Ukraine and even instructed top embassy officials the terms for handling these matters. 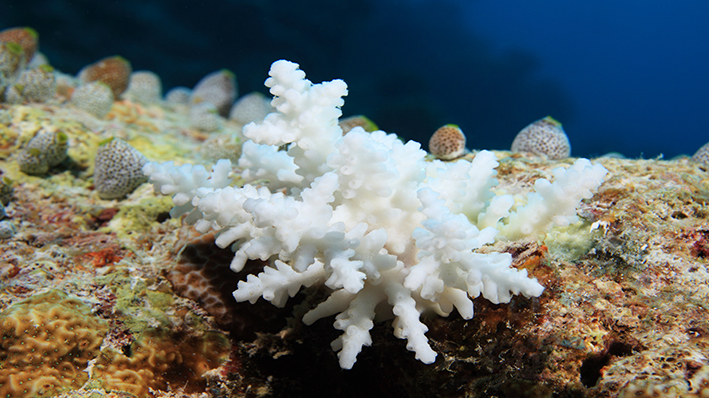 Ocean acidification strikes.  What is it and what’s behind it?

Coral reefs have been compared to underwater rain forests.  “Coral reefs,” according to the Climate Interpreter, “form the most bio-diverse habitats in the ocean, and their presence is essential to the survival of thousands of other marine species – many of which we rely on for food.”

“Hard corals are the reef-building corals…” explains the CI.  These are “composed of calcium carbonate… found in the shells of many marine organisms including oysters, clams and snails.

“Like these mollusks, corals must have access to available calcium in the seawater in order to build their hard skeleton.”

But our age-old nemesis, carbon dioxide (CO2) has been mischievously at work for decades.

No surprise, man and the toxic fumes that rise from his promiscuous ignition of wood, coal, oil and gas have been the culprit.   They freely waft through the air before condensing especially over the oceans to sink and saturate the depths below.

Scientists reported, according to the Guardian, “the latest research is a warning that humanity is risking potential ‘ecological collapse’ in the oceans, which produce half the oxygen we breathe.”

Israel Without A Coalition

Israel’s longest serving Prime Minister Benjamin Netanyahou has reported back to President Reuven Rivlin that, after a deadlocked election, he has been unable to assemble a majority to be led by his conservative Likud party.

A coalition, with a minimum of 61 of the Knesset’s 120 seats, is needed to form a government.  A true predicament.

Ganz refuses, however, to form a coalition with Likud as long as Netanyahou remains its leader and is under investigation for criminal charges of corruption.

Nor will Ganz accept Netanyahou’s demand that the small religious parties on the right be part of any coalition.  Assembling a government under these conditions will not be an easy task.

Avigdor Liberman, head of rightist Yisrael Beiteinu party, might hold the balance of power but he too has his head-strong conditions.

Liberman refuses to be part of a government dependent on the support from the blok of small leftist Arab-Israeli parties that back Ganz.  Although Ganz too may not accept their support.

If Ganz fails to unite the country, Rivlin will have to call the country’s third parliamentary election this year.