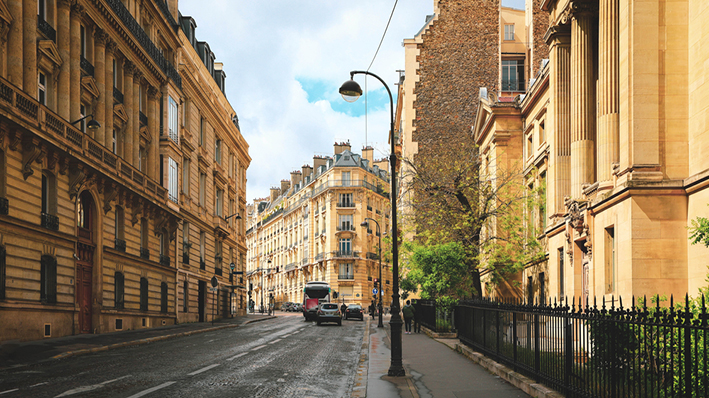 A writer naturally befriends other writers.  Goes with the territory. These are relationships I always enjoy.  Share a little, learn a lot.

I can’t recall feeling challenged by others who write.  Sure, it could have happened.  There also probably have been writers I didn’t like. Some, I didn’t trust.  But I’ve learned to let go.  Always gravitate in another direction.

PART OF A JOURNEY

I try hard not to cling to anything negative.  Neither memories nor energy.  Can’t get weighed down by clutter.  I savor the positive. Such are the scenes I revisit.

The process of writing involves a very personal journey.  My fingers comb through a tangle of memories and ideas.  Pondering thoughts to be distilled before I approach a keyboard.  But, in all honesty, nothing beats writing in longhand – especially when I embark on a new project.  I crave the tactile experience – the feel of pen in hand as it rolls across the paper.

A keyboard can be intimidating, an obstacle to producing clear thought. Blocks the flow at times. A cerebral pump must first be primed to initiate the process. A steady flexibility can then take root.

This orange-tinted morning, I meet Tom for coffee and croissant.  We chat at Brasserie Lipp, a famous old literary hangout in Paris. Not having seen each other for a bit, it’s time to catch up.

“Coming to LA this winter?” I ask, not saying a thing about Tom’s clogged arteries. Between you and me, despite being younger, I already am supposed to watch my own cholesterol.

“Time again for the doc to sail that damn balloon of his up my veins,” declares Tom, biting into his croissant. “Should do the trick for another three-to-five years.”

“Tom, wouldn’t it be easier to watch the diet?” I suggest without pressing the issue.

“What’s the point? It’s unheard of not to have a cheese course with dinner in Paris or coffee without some frothy cream on top.  The French are perfectly happy.”

“Look at how delicious everything looks here.” I nod at the next table.  “Check out those pastries!”

“Life without good food is no life at all.”  Tom says happily.  No reason to debate.  Certainly not argue.  We all have choices to make.  Tom made his, and I made mine.

If he’s happy, I’m happy too.  But maybe not ready to convert.  We’re all who we are.

The next evening, a warm and balmy one, Tom and I meet up again. It’s staying light late as we start our walk through the Latin Quarter.  Our conversation meanders a little as Tom points out places where classic jazz clubs used to exist.

We head toward the Seine then walk along the bank of the river before crossing over to Ile de la Cité.  As we keep moving, Tom points out the building, where he used to live with his girlfriend before he met Anne.

“In life here,” Tom reflects, “an interaction may be only verbal, but it awakens thoughts.  Brings everything to the surface.”

“And in the cinema,” I interject, “what people say counts as much as what they do. ”

“All depends,” replies Tom as he stops to stare out at the water.  “All depends on the lens.”

Tom is someone genuine.  No B.S.  One of my favorite people.  We’ve shared many an hour, many a walk, many a drive.  All engaged in constant discussion.  Nothing could be more uplifting than being able to hang together a little here in France.

Always a remarkable resource, Tom expounds on the history of each building on the street.  Reads aloud each historic plaque.  When we stop to eat, he describes the origin of each dish.  He’s equally at home with people and politics.

He and his wife Anne live deep in the Normandy countryside on the grounds of a seventeenth-century hunting château.  An outer wall surrounds it. Tom renovated a guard tower at one corner and designed their tri level apartment located within the stairwell rotunda.

The two live there in Breteuil eight months a year as nominally paying guests of an old girlfriend of Anne’s. They spend a month each winter in southern California and head to Greece each summer.  All part of the magical life they lead.

My wife Elizabeth and I arrive at the château a few months after a series of vicious windstorms have torn across France, destroying thousands of priceless trees.  Despite the forest being drastically thinned by nature, Normandy still looks stunning.  Blue belles are out in bloom everywhere.  Horses freely roam the grounds.  Elizabeth counts ten.  Then one more gallops past.

It is sad to see all the trees on the ground, fallen, yet to be cleared.  But their fresh scent is vibrant. A blanket of moss has already started to envelop.  With the air so exhilarating and clean, we set up a table outside and picnic amid the blue belles.  A soothing bottle of Sancerre blanc helps me forget about my cholesterol.  Tom is right.  I’m in France.

Having left the States ages ago, Tom recognizes that was the only way for him to objectively draw on all the knowledge and experience he’s amassed.

He and Anne also love their summer home on Andros in the Aegean.  Never personally having made the trip, Elizabeth and I have had an open invitation to visit.  I can imagine each year, come late spring, Tom and Anne packing, locking up the guard tower, climbing into their classic Volkswagen Thing to head across Europe to Athens.

Once in Greece, it’s a short jaunt down to the port city of Rafino, where they catch a ferry to Andros.  They land at Gavrio then drive their Thing across the narrow width of the island.

First off, even before unpacking, Tom’s rickety old picket fence is crying out to him to be repainted.  A ritual must for after lunch.  In the past, he was quite meticulous, taking great pride in the process and great care to evenly spread a fresh coat.  But this all takes time.

Recently, living a more simplified life, he just tosses a few buckets of whitewash across the wood then brushes it in.  While clearly sacrificing a bit of aesthetics, his spontaneity, although far from perfect, still does the trick.

In the sun, the fence dries quickly.  With this chore completed right on schedule, Tom climbs into a pair of trunks and rubs a glob of sun lotion across his face.  He’s ready for a swim across the bay and back.  The water appears delightfully warm as he wades in and pushes off with strong even strokes.

Anne meanwhile heads inside to uncover the furniture, unpack and straighten up the place a little.  She washes her face and pours a tall glass of wine before sitting down on a bench by the water’s edge.  It’s there she watches and waits.

She lets go as her thoughts float free.  With Tom nowhere in sight, Anne cups one hand to shade her eyes as she gazes across the bay.  All is hauntingly quiet. She twice calls out “Tom!” but no response.

There is nothing to see other than three whistling ducks and a very gentle set of waves that barely break.

Under the late afternoon sun, Anne grows increasingly restless and concerned…  Still no sign.  None.  So unlike him.  Something isn’t right.  Maybe Tom met someone he knows at the other end of the bay.  Could be there.  Sure.  Possibly.

Waiting and watching a bit longer, Anne paces up and back.  Still nothing.  In another few minutes, however, she detects a shapeless blur near the horizon, slowly, slowly approaching with the tide.

Growing a touch dizzy, Anne steps inside a moment.  Then quickly reemerges.  By now, that shapeless blur has had time to draw even closer. Anne cringes as it steadily comes more into focus.  She then looks out again at the bay and spots something adrift, imagining it resembles a person or at the very least a body then doubts herself.

Tears fill Anne’s eyes. She feels so sad and empty. So alone. But, as she wipes away the tears, the corners of her mouth slowly curl upward. Traces of a warm smile then spreads across her face. She realizes Tom has, at last, found his peace with a truly fresh perspective.

Writers as friends encounter a view of their life through life today in France and Greece.