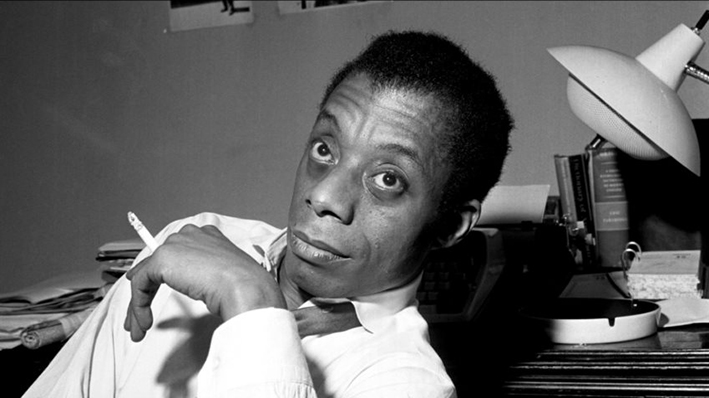 “Is the American Dream at the expense of the American Negro?” In 1965, James Baldwin, critically acclaimed author of Another Country addressed a packed Cambridge University Union Hall on this very subject.

By definition, “The American Dream is the belief that anyone, regardless of where they were born or what class they were born into, can attain their own version of success in a society where  upward mobility is possible for everyone.”

55 years after Baldwin’s historic address, the issue very much remains. Sadly, the American Dream seems only achievable at the expense of African Americans. An obscenely high-paid, professional athlete or entertainer appears the exception. But even those of such elite celebrity status still must speak up for their rights and the rights of others.

The U.S. has one constitution, one set of laws and operates a single system of government. But the way it carries these out varies dramatically. All depends on who is affected.

Can racism ever become a thing of the past?

Justice for Blacks and justice for Whites bear no resemblance. Housing, bank loans, insurance rates, education and even routine police stops are a perfect example. Regardless of the car one drives, Blacks are not treated the same as Whites. And ironically, the results can prove fatal.

A culture of true diversity thus far remains an ever-elusive dream. Just maybe, the time has come for real change to happen. An age-old question, however, also remains. Can racism ever become a thing of the past?

Baldwin possessed an incredible sense that how each individual reacts depends on his or her roots, from whatever their past.

“The Mississippi or Alabama sheriff, who really does believe, when he’s facing a Negro boy or girl, that this woman, this man, this child must be insane to attack the system to which he owes his entire identity. Of course, to such a person, the proposition which we are trying to discuss here tonight does not exist.”

In the year 2020 – in the middle of a horrendous global pandemic transmitting Covid-19 and a major economic recession – just weeks away from a presidential election, we face a similar proposition.

To simplify, today it boils down to which appears the greater threat – peaceful protests or the pandemic? The answer depends on which candidate’s voice you hear.

President Trump erroneously rants and tweets about protests bringing riots and looting to the inner cities. He barely speaks of the pandemic, treating it as if it were a thing of the past. Yet his base listens all too attentively, devouring his every word.

Former Vice-President Biden, on the other hand, respects the scientists and the numbers. When with people, he wears a face mask and social distances. He voices concern for the Black victims of abuse at the hands of predominantly white police. He speaks directly to the families. He offers his solace.

In 1965, Baldwin argued: “I have to speak as one of the people most attacked by what we now must here call the Western or European system of reality. What white people in the world, what we call white supremacy – I hate to say it here – comes from Europe. It’s how it got to America. Beneath then, whatever one’s reaction to this proposition is, has to be the question of whether or not civilizations can be considered, as such, equal, or whether one’s civilization has the right to overtake and subjugate, and, in fact, to destroy another.”

This, a question to make one open his or her eyes and ears and stop to think.

Have things changed substantially in those 55 years since Baldwin spoke? Or are we still confronting the very same issues?

I picked the cotton, I carried it to market

Do white businessmen still base their success on having cheap labor? Cheap Black or Hispanic labor?

Today, the answer has been outsourcing. Manufacturing has been sent to third-world countries, where labor is dirt cheap. Trump speaks of bringing jobs back to America. But workers must be paid a living wage.

As Baldwin stated: “The harbors and the ports, and the railroads of the country – the economy, especially of the Southern states – could not conceivably be what it has become, if they had not had, and do not still have, indeed for so long, for many generations, cheap labor. I am stating very seriously, and this is not an overstatement: I picked the cotton, I carried it to market, and I built the railroads under someone else’s whip for nothing. For nothing.”

WHAT FOR THE FUTURE

These numbers have to change. Today, for so many, tech is the key to unlocking the American Dream. To get ahead, a solid education is the foundation and totally essential. Coding skills have to be universally taught in public schools in all neighborhoods, rich and poor, Black and White, Latino, Native American and Asian American. Opportunities must be equal for diversity to work.

“We’re dealing with a society made and ruled by men,” stresses Baldwin. “Had the American Negro had not been present in America, I am convinced the history of the American labor movement would be much more edifying than it is.

“It is a terrible thing for an entire people to surrender to the notion that one-ninth of its population is beneath them. And until that moment, until the moment comes when we, the Americans, we, the American people, are able to accept the fact, that I have to accept, for example, that my ancestors are both white and Black. That on that continent we are trying to forge a new identity for which we need each other and that I am not a ward of America. I am not an object of missionary charity.

“I am one of the people who built the country – until this moment there is scarcely any hope for the American Dream, because the people who are denied participation in it, by their very presence, will wreck it. And if that happens it is a very grave moment for the West.”

It is up to all of us Americans to bring about change. Now is the time. Today. We owe it to James Baldwin. We owe it to our country.  Reform can no longer wait.