Among the many consequences of the Covid-19 pandemic, an unexpected one is the increase in sales of the famous 1947 book by the French philosopher Albert Camus, The Plague [1]. Currently at the 25th position of French book sales, it tells the story of a fictitious plague epidemic in Oran in the 1940s, describing how inhabitants tackled it. A topic obviously relevant to our present time, which certainly explains the rise of the book’s sales.

Even though Camus conceived the book as an allegory of the resistance to Nazism, it also was a way for him to convey his vision of a certain philosophy. That philosophy is existentialism and whether you are familiar with it or not, three existentialist lessons could help you deal with the coronavirus pandemic. 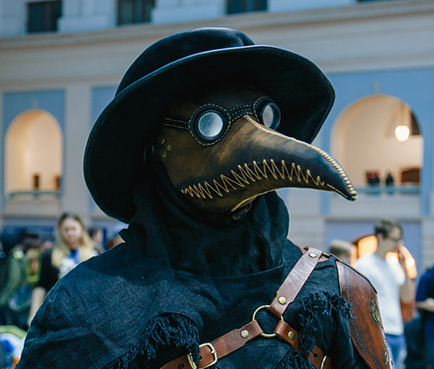 On social media, you surely have encountered people trying to make sense of the situation. Whether it is Earth taking its revenge on polluters, God punishing us for our sins or Capitalism finally collapsing, everyone seems to come up with their explanation to the events of these last weeks. You certainly are trying to make sense of the situation yourself, either by adhering to one of the aforementioned ideas, or by coming up with your own. To quote Camus, “Plagues are a common thing, but you hardly believe in plagues when they fall on your head”[2].

Searching for meaning is a perfectly human mechanism — but is it what you should spend time on? No, existentialists would tell you.

Indeed, one of the first existentialist postulates is that there is strictly no sense to our world. God, destiny or whatever you may call it — there are no such things. No superior entity is driving your life and giving it meaning. We, humans, are truly left by ourselves in a world that is thus absurd. Hence, the first existentialist lesson on how to deal with the pandemic is to stop wasting time searching for its meaning, since there isn’t any to anything anyway.

Quite destabilizing, isn’t it? But don’t worry, you’ll overcome the nausea caused by the realization of this absurdity thanks to the second existentialist lesson. 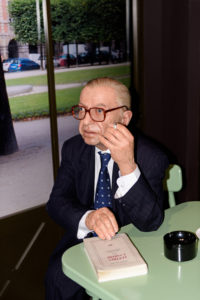 Existentialism just freed you from the search for meaning in which you were stuck. Because the world is absurd, you are completely free to act according to your own will. However, does this mean you should do anything you want? In the present day, disrespect confinement rules, hang out with your friends and ransack the toilet paper stocks of your local shop? No. True existentialism means acting as you would like others to act. Think of the Kantian categorical imperative: act only as if your action was to become a universal rule.

The strength of existentialism is thus to stress how each one of us is responsible for their action. As the existentialist thinker Jean-Paul Sartre puts it [3], “man is nothing but what he does of himself” and is thus “entirely responsible of what he is”. Yes, we are free to act, but it should be in a conscious way. Because by acting in a certain way, one agrees with the values behind their action. The existentialist man is thus also “responsible of all men”: the values he defends through his actions are ones he would accept to become universal.

Hence during this pandemic, you are free to act. But bear in mind that all your actions are impactful. And they reflect the values you defend: either you help the virus to spread, or you fight against it.

That is why, by confronting us with our responsibility, existentialism might be frightening. The burden of our total liberty can seem unbearable, creating anguish in ourselves. “Anxiety is the dizziness of freedom”, says in fact the existentialist pioneer Kierkegaard. However, existentialism needs to be rather understood as a philosophy of empowerment; something particularly helpful during the current sanitary crisis. 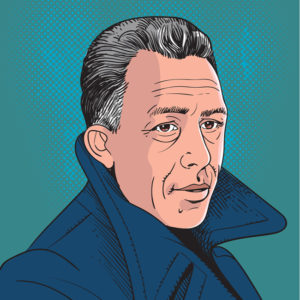 In The Plague, written by Camus during his existentialist phase or “cycle of revolt”, Rieux indeed keeps trying to heal people that will die from the disease, even though it is meaningless and absurd. He does what he believes to be right and fights for it at all costs. Going back to existentialism at the time of Covid-19 can thus help you find the strength to fight for what you think is fair. If you want the end of this pandemic, of its deaths, its confinement and constant fear, you should act accordingly.

So, stay home, take care of your loved ones, read books, and respect whatever rules are needed to stop Covid-19. Existentialism reminds you that actions have a real impact: act consciously.

This piece was first crafted in the context of a Sciences Po non-fiction writing workshop and history seminar on ‘the long Sixties’. Thank you to Pierre-Yves Anglès, as teacher of this workshop, for proof-reading and discussing this article with me.

A look at Camus’s The Plague and the current pandemic.