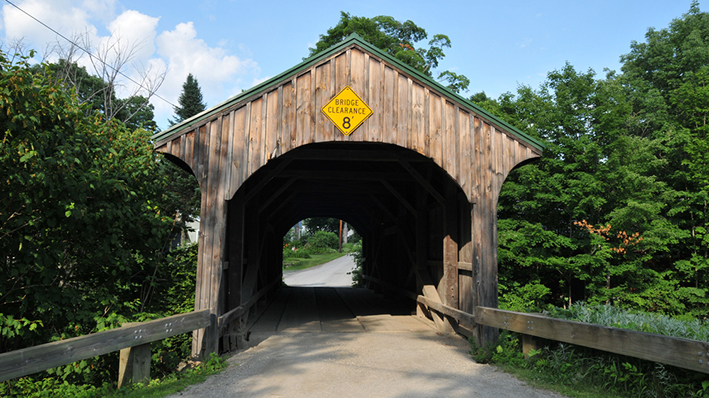 Karl Gorton lived and wrote in Firwood.  His cabin sat near the end of a windswept cul de sac.

His daughter Colleen lived half a world away in Bali, Indonesia. She had gone there on vacation and fallen in love. With a man and the place. But she remained inseparable from her dad.

Theater is their life.  Their bond. Jointly and independently. The focus of their weekly podcast.  Together, the pair probe the thoughts of aspiring and accomplished artists: a spectrum of playwrights, actors, directors, even critics.

Karl, a professional actor/writer, performs and creates in theater and television. Colleen acts, choreographs and designs wardrobe – for theater, television, cable and web. Her mother, Karl’s ex, was an award-winning designer.

All three had multiple nominations.

Despite time barrier and geographic distance, the Gorton’s father–daughter team couldn’t be closer. The familial warmth they share. The unique chemistry.

The two perfectly complement one another.  Karl’s experience. Colleen’s skills at communicating.

One of their recent podcasts began…

Karl Gorton: Welcome back, friends.  Sure, I never did make it big on Broadway.  Independent theater was always my thing.  A focus on ideas.

Colleen Gorton:  My father is unduly modesty.  One of his vices.  He actually rewrote two hit shows and took no credit.

KG: Ok.  But they paid me handsomely to remain anonymous.

CG: And you gave it all to charity.

KG:  Exactly!  Where it can do some good.

Karl was polite and considerate.  Someone there when you needed him.  Granted, he could rub some people the wrong way.  Even had a few enemies.  Mostly those chronically jealous.  To Karl’s credit, they wished they had his looks, charm and ease with which he made friends.

No way one could stay mad at Karl and keep a straight face.

Sure, he was far from perfect.  Certainly, never punctual. Could easily be late over an hour.  Though never intentionally. Just lived in a different time zone. Same as with the podcast.  Figuratively speaking.  Eventually he’d get where he had to be.

One Tuesday, Abby Irons, Savvy’s digital sister had an appointment.  Scheduled to interview Karl at the Time + Travel Hub.  Planned to focus on the underlying concept then zero in on the message.

Karl respected Abby and had been eager for their video chat.   But, without warning, he emerged a no-show.  Inexplicably missed the warmup session and blew it for the airtime.  Just failed to appear.  Not a word, no note, no communication.

None of any sort.

Normally, Abby would be furious.  Somehow, not with Karl.  She had too much respect for him.  Even wore the green and white dress he loved and gripped the sage green clutch bag he had given Savvy.

Abby shrugged off the whole experience.  Had to be a reasonable explanation.

But something wasn’t right.  Not like Karl.  He wasn’t just late. No one could reach him.

Colleen would’ve hopped the next plane, but couldn’t travel.  Not being eight-months pregnant.  With the Delta Covid variant raging.  Left totally frustrated, Colleen had never felt so helpless.

She wished they had a lead.  Sure, one or two turned up here and there.  But each would quickly go cold.  Dried up within days.  Clues led nowhere.

Then one day, a digital message arrived.  Yes… to Marianne, his ex.  A year or so after Karl vanished, but time stamped six months earlier.

Marianne, Colleen’s mom, was devastated.  Her heart was breaking.  She never could let go.  Never had. Even after all these years.

In his message, Karl told Marianne he was relocating to New York.  No reason given.  Colleen’s mom must have played the voice mail back a dozen times.

Even made a copy. Just in case she accidentally deleted the original.  But it too left no clues.  Couldn’t be cleaner.

Karl Gorton hated New York.  Preferred to live in quietude.  Where he could write.  A true native of Firwood. Born and raised.

Back then, this was a spanking clean American town. Known for its neatly manicured gardens.  Houses, from a bygone era, all sport old-fashioned, neighborly front porches.  Face the tree-lined main street.  Mostly firs.

The tight knit, small-town community, however, has changed dramatically.  Started when Free Expression, the last local paper, shut down for good.

No longer did any eager teenager pedal by first thing in the morning on his bike.  The baskets on front and side filled with copies of the latest edition.

Free Expression, as a last resort, would try to make it online.

Soon the Conifer Inn, a century-old hotel, famous for its Sunday buffet brunch, posted a “for sale” sign in front.  Quite an attractive location, but unfortunately no takers.   Too great a risk.

Two family restaurants down the street, one Chinese, one Italian, also quickly hit the skids.  They too became history.  Just before the rusty old steel mill shuttered.

No question Firwood was struggling.  Handwriting glared from every wall.  The town, with its outdated architecture, was void of technological innovation.

a dearth of diversity

Diversity failed to exist.  Practically no young people.  Once out of school, they packed for the road.  All of them.  Out of Firwood too.  Moved on.  Nothing to hold them.

No time to even say goodbye.

Teddy Reiner wanted to travel.  So, he enlisted in the Marine Corp.  Dickie Burns drifted off to Silicon Valley to be a programmer.  There, he married Mary Beth Samuels instead.  Went to work for her father and brother making fire extinguishers and hoses.  Dickie set up and ran their data department.

Mary Beth’s best friend Naomi Dirk had an economics degree from a top university. But she still answered an ad to take care of an elderly widow in Pittsburgh.  Happy for the excuse to get far away.

Sure, the older people were not keen for any change. The nature of their predicament.  Most continued on.  Working in Firwood.  Many dreamed of retiring.  But couldn’t.  No one around to replace them.  No one to run their family businesses.  Not Abe’s Hardware; Yoshimoto & Sons Nursery; the Harvest Movie Theater, nor the Denim Diner, Sally and Dave’s down-home restaurant – not to mention umpteen other small-time establishments also destined for the economic dustbin.

Ten years ago, Main Street started to get boarded up.  Jameson Food & Grain – done in by the Internet.  Even after the business closed, Eleanor Jameson continued every day for two years to tend to the six overgrown flower boxes she had in front.  She’d water, trim and plant anew.

Strange.  Seeing her exquisite colorful arrangements brightening the boarded-up windows and front door.  Eleanor thought by keeping the flowers alive, she somehow was helping keep the town alive too.  A wonderful thought but wishful thinking.

Online was already past the first throes of an invasion.

The squeeze could be felt.  Retail days numbered.

Much earlier, main street had given way.  Malls came with endless rows of parking for their shops, food court, movie theaters and twin department store anchors.  At that time, not every family even had a car of their own.

Now, the malls suddenly give way to cybershopping and online apps.

It was on one of these apps that Inspector Sonia Marone, by chance, discovered a recent credit card charge. Made by Karl Gorton.

Rumor circulated, could be someone else with the same name.  Possibly.  Nothing more to go on.

True.  Online charges can be made from anywhere. No longer any need to walk into a brick-and-mortar.

No way to tell where the person was when he or she logged on.  Still Sonia stubbornly pursued it.  Good at what she did.  It was a start.

One had to remember. Sonia wasn’t real.  Strictly A.I. – a product of artificial intelligence.  Same as the Iron sisters.  Abby and Savvy. Same as Karin Heller, who disappeared same time as Karl did.  Just as mysteriously.  Without a trace.  Without a clue.

Karin and Karl first met at The Time + Travel Hub.  More commonly known as The Hub.  Both worked at this distinguished research center.  Karl’s day job.  The Hub used to be buzzing. Subsidized with private investment, academic research contracts and lucrative government grants.  A reservoir of new ideas sprouted forth.

Considering these bizarre circumstances, natural for one to assume Karin and Karl ran off together.  But life wasn’t that simple.  Nor straightforward.  Besides, no solid evidence existed. Either way.

A futuristic view of the past, unable to keep up with the changing landscape when Karl suddenly vanishes.  This continuation of Robotic Dreams, Shattered Lens, East To The Sun, and Sleight of Mind is part 5 of a cerebral journey through time.