No Allies, No Friends 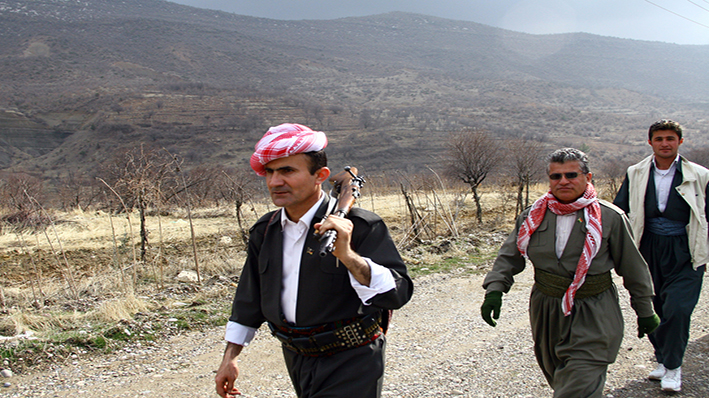 After abandoning our Kurdish allies in Syria, the ones who bore the brunt of the battle against ISIS, Nicholas Kristof in a NY Times editorial pointed out: “The president has been reckless and indifferent.”  A recent cover from The Economist profoundly asked: “Who can trust Trump’s America?”

Who indeed?  Today’s post-World-War II world was built on a cornerstone of defense treaties and free-trade pacts.  Strength grew from alliances.  Agreements were reached as the result of thorough and thoughtful research for achieving common goals.  It has been quite reckless to cast all this aside.

Kristof cites a quote from former president Obama: “And our leadership is necessary to underwrite the global security and prosperity that our children and our grandchildren will depend upon.”

OUR EXPERTS HAVE GONE

Leaders relied on expert advisers and valued the opinions of their allies.  In time of crisis, one never acted alone but rather built a consensus.  Gut instinct had no place in the equation.  Such practice inevitably proved too dicey and unreliable.  Governments simply don’t run effectively on whims.

Today’s White House is run by a modern Maverick, very much a gambler of sorts.  Certainly not much better.  Our president acts on decisions he makes by the seat of his pants.  He has no plan other than to try to impress his core backers and zero concern for opinion from anyone else.

When the president recently decided to pull the plug on U.S. presence in Syria, he did so in this very manner.

“There will be ethnic cleansing of the Kurdish people from Syria, and the American administration will be responsible for it,” states Mazlum Kobani quoted by the NY Times, which explains:  “Kobani whose Kurdish-led Syrian Democratic Forces fought the Islamic State in Syria, fears that a complete United States withdrawal could endanger his people and allow the jihadists to regroup.”

Kobani added: “America needs to work to rebuild the trust with its ally against ISIS.”  The Kurds lost 11,000 lives in the battle to overcome ISIS.  And this is how they are treated. 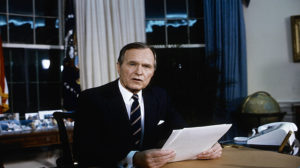 Looking back to the start of the first Gulf War in 1991, President George H.W. Bush and his Foreign Policy team put together a coalition of 39 nations that included the United States, Canada, Britain, Egypt, France, Saudi Arabia, Japan and even Syria.  A total of 28 nations contributed troops.  Bush’s team built an indefatigably strong consensus.  They moved together.

In 2003, President George W. Bush, confronted Iraq in the second Gulf War, with a smaller coalition. But he had his allies none-the-less.

These lessons seem to have no impact on today.

Looking a bit further back to 1989 when the Berlin Wall fell, the European Union represented a third major force in the world along with the U.S. and the Soviet Union.  Both the Soviets and later their Russian successors, respected the unity of the west and the close bond the EU has had to NATO.  Trump has done everything –to Vladimir Putin’s joy and satisfaction– to weaken both alliances and the incredible bond that existed between these allied nations.

Since the inception of NATO, Turkey has been one of its cornerstones.  It represents the second largest military force in the alliance after that of the U.S.  But –by first agreeing with Turkey’s desire to have the U.S. withdraw from the northern part of Syria– Trump opened the door to a Turkish invasion of Kurdish homelands.  Worse yet, when he then tried to reverse this policy, he drove Turkish President Erdogan right into Putin’s open arms.

This further recklessness, in effect, has laid a welcome mat for Russia to begin to inch westward and seek to restore the old Soviet sphere of influence in eastern Europe.  It lets the Russians approach the very edge of NATO territory.  Can you imagine how our cold-war heroes be must rolling over in their graves?

Meanwhile, at the opposite edge of the continent, the U.S. has blatantly encouraged the U.K. to pursue Brexit and quit the EU. Doing so has again played directly into Putin’s hands.  The Russian leader has sought to destroy the power and influence of the latter and to weaken Europe defensively, economically and politically in the process.

If this isn’t enough, halfway across the globe, for seventy years, the U.S. refused to deal with North Korea or recognize its unstable, hard-core, communist regime of one repressive dictatorship after another.  Our current president naively thought he could go head-to-head with the young, third generation Kim.  But, by refusing in-depth briefings, advice and consensus building, he instead has repeatedly gotten stung.  Nothing was gained, nothing was learnt.

The assault on common sense and tradition merely continues. Both of the major U.S. parties, but especially the Republicans, have always championed free trade.  They historically have opposed both tariffs and subsidies as well as refusing to ever trust the Russians.  They built their election campaigns on these precepts.  But where have these subsequently gone?

Ironically, today the U.S. stands alone. It is without without any ally in its costly trade war with China and the world.  As a result, goods are now more expensive for everyone.  Farmers cannot sell their soybeans.  American companies fear adding the tariff cost on all products manufactured with Chinese parts or assembled in China.  And what is the eventual price we all must pay? And what are those ever-elusive potential gains?

CALL FOR THE BRIGHTEST

When John F. Kennedy was president, he took pride in surrounding himself with “the best and the brightest”.  Today, by contrast, the president surrounds himself primarily with sycophants, the ultimate “yes” men.  He doesn’t want to hear any contradictory advice or be challenged in any way.  He hasn’t heard our tag line: Discussion Empowers.

We need to once again find our moral compass.  “Make no mistake: moral leadership is needed today no less than before,” writes Andrei Kozyrev in a NY Times editorial. “Moral principles still matter in American politics and policy.  And the future still belongs… to those who embrace it.”

If America can heed this advice, maybe then it can truly be great once again.

Looking back just a short time to when America was still great and how it can be there again.