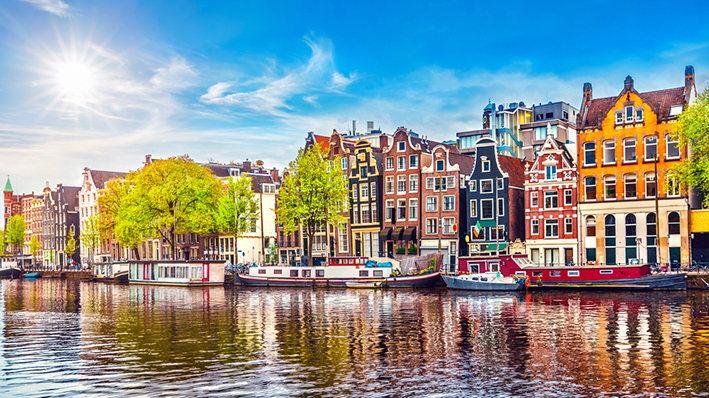 Ever since George W. Bush’s decisive invasion of Iraq, relations have been strained between the historic NATO allies. The U.S. and her European partners are at odds over most items on their foreign policy agendas.

The Presidency of Barack Obama sought to mend the frayed ties through the Paris Climate Accords, Iran Nuclear Deal and general friendliness in their interactions. President Obama, in fact, was so popular that he held a campaign rally in Berlin, Germany with an estimated 200,000 people in attendance.

By contrast, Donald Trump was greeted by floats depicting him as a giant, orange baby as he entered, well, insert almost any city name here. Today, it seems as if the few years of amicable business done between the Obama administration and Europe is all but history. As a result, proponents of a strong European Union and even Eurosceptics alike have begun to signal a shift from their American foreign policy dependency.

How realistic is this movement away from U.S. foreign power? As all things related to foreign policy these days, it’s far more complicated than a yes or no. It can be broken down into three components of foreign policy: military policy, financial policy and then diplomacy.

President Trump’s critics will highlight the decay in European-American relations and lament him for ostracizing their most important allies. However, the deterioration of relations between the world and America has been a sentiment in the making far before Trump’s ascendance.

Ever since President George W. Bush’s decision to invade Iraq and depose Iraqi strongman Saddam Hussein, there has been a divide between the allies. While the nations had the appearance of solidarity, with handshakes and photo-ops, the diplomatic bond that had defined international relations in the 20th century, had been dealt a critical blow.

Financially, the world, as currently constructed, is entirely based upon the US Dollar as the reserve currency. Trade, even done with non-American partners, is often done in dollars. The power and relevance of the dollar internationally does not end there.

Countless nations have their own currencies tied to the U.S. dollar for stability. Ties like these, make the dollar inseparable from international trade and finance. However, the age of dollar supremacy may be at its twilight.

The Euro has emerged as a strong alternative to the U.S. dollar. The uniformity of the Euro makes trade in non-dollar currency possible. Outside of the North Atlantic, eastern counterparts are working overtime to cast aside their dollar-dependency. For instance, 20 years ago, almost all Russian-Chinese trade was done in USD. Today, the share of trade done in USD is a shade over one third.

Coupled with the uncertainty and lack of strong direction by the U.S. Treasury and Federal Reserve, it is no wonder that nations and blocs are turning towards domestic currency, or in Argentina’s case, cryptocurrency. The instability is not exclusive to the American dollar diplomacy. America’s flip-flopping on a key of consequential issues such as climate policy and Iran, has been a key factor in the deterioration of transatlantic relations.

While Europe has been decisive, in some areas, the United States seems to be caught in a pattern of abandoning the policies of its presidential predecessor (Obama to Bush, and Trump to Obama). For a region hell bent on political and economic unification, waiting on the United States to change their minds every few years is no longer in their interest.

Diplomatically, Europe is emancipating itself from the United States. The Iran Deal fiasco has been perfectly emblematic of the decaying diplomatic relationship. The EU and the U.S. had firmly agreed on a set of principles set forth with regards to Iran’s Nuclear Program. The lifting of sanctions in exchange for a suspension of the Iranian nuclear program was hailed as a success of international diplomacy.

However, President Donald Trump exited the deal almost immediately after being inaugurated and the feeling of common international success withered with it. Ever since, the European states have resolved to maintain their own independent diplomacy, as indicated by their adherence to the Iran Deal.

Europe lacks the budget, infrastructure and will to fill the defense gap

With regards to financial and diplomatic policy, it does seem as if Europe is positioning itself to become self-sustaining and divorced from the American foreign policy leadership. However, attempted diplomatic and financial emancipation has its serious limits.

The largest obstacle to an independent foreign policy is the absolute European reliance on American military might. It is with the guarantee of American defense, supported by America’s mind-blowing defense budget that Europe was able to establish its nascent economic independence.

Without having to seriously care for defense budgets, European nations under the umbrella of American defense were able to divert the billions upon billions of dollars towards economic development that would otherwise have been occupied by the military. This very point remains an extreme point of contention between the NATO allies as Europe continuously fails to maintain the NATO requirement of a 2% budget dedication to defense.

While the American military budget is on the receiving end of endless criticism, much of it warranted, it provides protection and stability, especially financially, to the entire western world. While European nations grow their economies and dedicate their resources towards domestic spending, it is almost entirely that U.S. Army that mans the Eastern border with Russia.

It is the American intelligence agencies in the middle east working disproportionately to detect and neutralize terror threats.

It is the U.S. Navy that patrols and secures equal and fair use of the world’s trade routes (especially the South China Sea and the Strait of Hormuz, Iran).

Put simply, without American foreign policy, especially its defense policy, Europe is in for a rough awakening. While they had gotten away with spending 1.5% of their budgets on defense before, if they divorce from American foreign policy, that 1.5% will quickly be forced to inflate to double that, ad minimum. Without American military policy, which is still an incredibly strong binding force in the transatlantic community, Europe will not be able to continue pursuing economic and diplomatic independence. The defense capacity of all European nations combined is still not comparable to the might possessed by China or Russia.

The European emancipation project, with respect to an autonomous foreign policy, certainly has its merits. Europe is certainly moving towards a more euro-centric, foreign policy with respects to diplomacy and in many ways economics. The Euro, power of the EU and massive consumer market of the continent provides many opportunities for Europe to realize this goal of shifting foreign policy leadership.

However, without a self-supporting military Europe is still beholden to much of US Presidential and State Department demands. The reliance on American security is too great worldwide and Europe lacks the budget, infrastructure and will to fill the defense gap that would be left by an absence of American military.

A glance at the E.U.’s evolving relationship with the U.S.