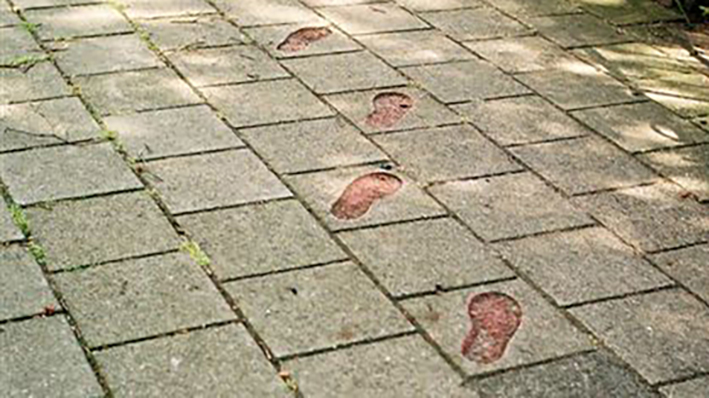 All needs to come magically alive and assume a spiritual shape.

A writer is a wordsmith.  The sculptor more visual.

He became totally immersed in the landscapes and civilization on hand, wherever he was at the time.  No matter the continent, no matter the country, Ben always traveled for an extended stay.  Anywhere from two-to-seven years.  Fluent in seven languages, he spoke fragments of almost ten more –not counting dialects.

Ben’s good friends Peter and Evie live in an airy, contemporary home on a suburban countryside just south of Apeldoorn in central Holland. They proudly have several of Ben’s originals on display.

Ben invited me to join them.  An easy trip from Amsterdam as the town of Apeldoorn is only an hour and a quarter by train.

Having just arrived from California, I’m quite jet lagged and still transitioning between time zones.  But eager and excited to see my old friend.

In back of Peter and Evie’s, four of Ben’s latest creations stand on a plush green lawn.  Each of the four, unglazed-clay statues: one male, three female, displays a powerful, mesmerizing face. His subjects have full lips and wide-open demonstrative eyes with a piercing gaze. Each further enhanced by the encrypted characters embedded within their decorative facial tattoo.

Hankering to speak out, the four frustratedly cannot. The expressionistic sculptures are contemporary and timeless. Both.  Their clothing, an animated series of spray-painted swirls: orange, yellow and green adds texture to the clay.

Having spent four years living among the Makonde in Mozambique, Ben gained a rare acceptance by members of the tribe, who shared with him the technique and skills to their ancient crafts.

Light and the hue of the colors we see form a complex shadow.  Language, attitudes, music all change.

This gathering not a large one, but a private showing. Friends and potential collectors. As soon as I arrive, Ben approaches and catches me off-guard. A special request. A favor. He’d like me to introduce him. And his work.

How can I refuse?  No way.  Out of the question!

First, however, I need to regroup and refocus to recapture the relevant. Sure, everyone speaks English. Friends of the host and hostess. All receptive and supportive.

Still, virtually no time to prepare.

But, to be caught off-guard, this way is the way to do it.

I know Ben from a trip to Greece.  Met him on the boat out of Santorini. Both of us share a craving to get free of the social sphere. An escape from people. The scent of solitude.  To convene with our thoughts. To a great degree, we each succeed.

My taxi is racing down the mountain. Headed for the harbor.  The ferry already is preparing to leave port. I quickly offer the driver a bonus. If we make it. And yes.  Somehow we do.  Paying my debt, I manage to leap on board. A second later, the gangplank is gone.  We are on our way.

Everyone wants to visit Santorini.  It’s a great place.  Twin volcanic islands in the bay as we approach.  Amazing.  But not a place for me. From the moment we disembarked, it had been a circus. Totally overrun with tourists. Solitude not in the vocabulary.

Dusk hangs like a mass cloud over an already darkening sky.  On deck, the chilly air is biting.

I need to prioritize. Where am I headed? Somewhere quiet. Scenic. Away from civilization. A destination, off the beaten path.

“A friend knows just such a place,” replies a woman, as if reading my thoughts.

That friend turns out to be Ben, headed for an island a bit north of both Crete and Rhodes. I’ve no clue. Instead, I figure “why not?” Fueled my sense of adventure. “Sure,” I conclude.  “Count me in.”

Ben heard about Karpathos from friends. At that time, definitely off the beaten path. Absolutely. No tourists, he assures. Well, practically none. He seems convinced. We chat a couple of minutes and agree to continue in the morning.

That night, I spend sitting up on a bench. Dozing on and off.  The boat was scheduled to stop at Heraklion on Crete during the night. At Rhodes in the morning.  And Karpathos around midday. I vaguely remember the first two coming. And going between dreams.

Nothing stays the same. Digital or analog. Time speeds forward much too fast. I lean back and breathe deeply. Take in the scent of the sea. The sound of waves against the bow.

Life simultaneously flashes forward and back.

Images momentarily freeze. All for an extended second. This finite window. Defrosting at will. Leaving us free to move on. Whenever the whim may strike. Must be ready to start over.

First days on Karpathos, we hang on an isolated beach.  There, each morning, I find myself a cooler spot in the shade to curl up and write.

My thoughts awaken. Words flow onto the pages of my journal. I don’t realize Ben is elsewhere.  His eyes, peering out from beneath a red bandana, are fascinated by the metamorphic rock that towers above us.  His finger traces alternating the black-and-white layers.  His mind, all the while, races three steps ahead.

Ben diligently photographs formations and textures.  He spends hours with his tiny camera before he’ll begin to sketch a fresh concept for each sculpture. He is convinced all great art comes from nature. “We can only learn from it and get better as we do.”

In the village, we stay in a tiny room with two small beds.   Nice basic renovation.  Clean and not uncomfortable.  Converted from a little goat shed.

“You have a girlfriend?” Ben catches me by surprise.  “Not at the moment,” I respond, asking him the same.

“Did until my mother died.  After that everything looked different.  Instead, I discovered my girlfriend’s brother.  I had an affair with him but stayed friends after.”

I appreciate Ben feeling comfortable to confess. I listen and say nothing.  We are friends and remain friends throughout the trip and long after.

The main house belongs to the taxi driver and his wife.  They live there with their three kids.  All very warm, hard-working people.  Every day being a long one starts before sunrise.

But Wednesday is always a special day when the taxi driver’s wife bakes outdoors in a stone and stucco oven.  By mid-day, she turns out a huge wheel of the most delicious bread made from the whole grain wheat .  Wheat she grew and harvested herself.

That wheel carries the family through until exactly the following Wednesday.

A few months later, back on the road, I take a train from Amsterdam and arrive shortly in Delden – a storybook of a town in East Holland. Impossible to get lost there. Immediately, I find the main walking street and follow the red brick road. Just have to keep going straight ahead. Each side is lined with a row of sparkling clean shops.

I pass a chocolate shop, a bakery and a stationary store. Leather goods, fruits and vegetables. Soon, I already am two-thirds of the way. I see a butcher shop on my left and hear a rapping on the display window to my right.

There, he is. Ben in his living room. No curtains. Right on the main street. He swings open the door and waves me in. It’s great to see each other. I toss my little overnight bag on the floor so we can give each other a huge heartfelt hug.

In no time we’re seated in a pair of upholstered armchairs next to the floor-to-ceiling window. Facing one another as we sip our tea, nibble away at a plate of cookies and begin to catch up. The street at this hour is crowded. Last minute shopping before the weekend.

Ben checks the clock on the wall and stands up, grabbing his phone. He places a call across the roadway to the butcher who answers and waves through the shop window. Ben waves back through his picture pane in the living room.

As he does, the butcher lays the phone down on the counter and holds up a couple of cuts of meat. Ben points to the one on his right. The butcher holds it higher to confirm. Giving a thumbs up, Ben waves thanks and signals he’ll be over at five to pick up his order.

Looking about the house, I am impressed by his studio and his work. How realistically Ben has recreated the black-and-white, rock formation from Karpathos.

He deconstructed, miniaturized and then rebuilt layer by layer.  Fusing each one to the next.  Bonding the separate fragments into a whole. Each textured layer squeezed from a tube.  Each layer created, designed, shaped and colored primarily with either black or white – speckled with sandlike grains of each.

And in the garden, Ben has built a slightly smaller, functional replica of the taxi driver’s wife’s stone oven on Olympos.  He confesses that twice he actually baked a wheel of fresh whole grain bread on a Wednesday then apologizes for not having one for my arrival.

I’m even more impressed by his sketches for four authentic, unglazed, mud sculptures. A few years later, I’m standing there between them.  Each planted outside in Peter and Evie’s garden.

“I am honored to be here with you today,” I declare, addressing their guests. “And especially honored to have Ben as a friend. We met quite by accident three years ago. We both were on vacation in the Greek islands. I learned so much from him about art.  And expressing oneself through art. Also understanding a people, a place, a culture.

“About how a culture can last for centuries. Our life spans represent such a small fragment of time. We truly must make the most of them. As Ben has done. I’ve learned from him to let go. To cast aside my preconceived ideas. Build anew. One brick at a time. I need to become part of the global community. Now, thanks to Ben, I get a little closer each day.”

I search for the familiar. But Thomas Wolfe was right.

We can’t go home again. Everything has changed. One hopes for the better. But sometimes find the worse. Impossible to predict. Have to appreciate the here and now. Have to live each day.

Catch some exuberant energy. Grasp it. Feel it each moment. Be able to absorb. Understand just a little. As birds spontaneously take flight.

change in the weather

It suddenly gets dark outside – much too early. Rainclouds appear out of nowhere.

“Ben, the storm’s seconds away! We have to move your sculptures! Or cover them or something! Mustn’t let them wash away.”

“We all go from dust to dust.” Ben grabs my elbow to stop me from racing to the door. “The statues too. It’s their destiny.”

“But all your hard work! Three-months-worth. You’ll have nothing to show for it.”

“That’s the idea.” Ben insists. “Today, everyone got to see them. What more could I ask?”

The rain comes as a rapid downpour.  Hard and heavy.  The mud washes from the faces, flowing onto the chests of the statues. Their expressions shifting, softening and then vanishing.

We watch. Motionless. From behind the glass. Still not fully accepting the phenomena.

Evie, our hostess, meanwhile opens a fresh bottle of wine. And starts to pour.

I accept a fresh glass.  Then set it down.  It’s a time to ponder and savor my memories rather than drink.

A comparative look at writing and sculpture, similarities and differences through the work of a Dutch sculptor. 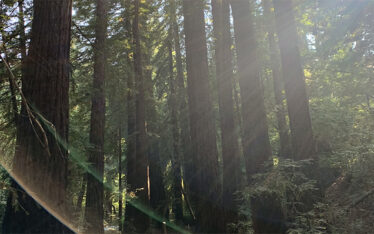